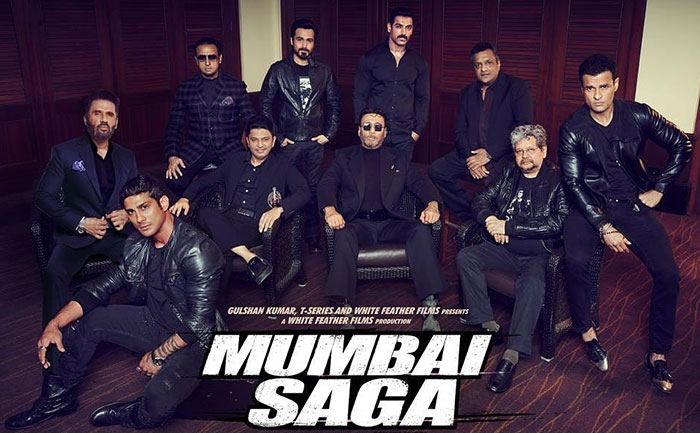 The release date of the film was announced by TSeries on Friday on Twitter with the caption: ‘#MumbaiSaga, revolving around all that went into transforming into Bombay to Mumbai is set to release on 19th June 2020. Produced by @itsBhushanKumar, Krishan Kumar, Anuradha Gupta and Sangeeta Ahir. Directed by @_SanjayGupta. #GulshanKumat #TSeries #WhiteFeatherFilms.”

#MumbaiSaga, revolving around all that went into transforming Bombay into Mumbai is set to release on 19th June 2020.
Produced by @itsBhushanKumar, Krishan Kumar, Anuradha Gupta and Sangeeta Ahir. Directed by @_SanjayGupta. #GulshanKumar #TSeries #WhiteFeatherFilms pic.twitter.com/2c62uBVtGL

According to an interview with PTI, Sanjay Gupta opened up on the film and said, “25 years, 17 films later I had to give my audience something bigger and better. Mumbai Saga is by far my most ambitious film which needed a visionary producer and I am grateful to Bhushan Kumar for putting his faith and might in it. This is one such story that needs to be said on screen.”

The film’s producer, Bhusan Kumar had praised the director and said, “Mumbai Saga is our first in the gangster-drama genre and who better than Sanjay to direct it. The film is inspired by true events yet makes the characters so larger than life. The entire cast will bring so much to the table.”

John Abraham, whose film Batla House released recently, will be seen in a dark role in the film. With a stellar ensemble and interesting concept, it appears that the movie is going to be quite gripping.