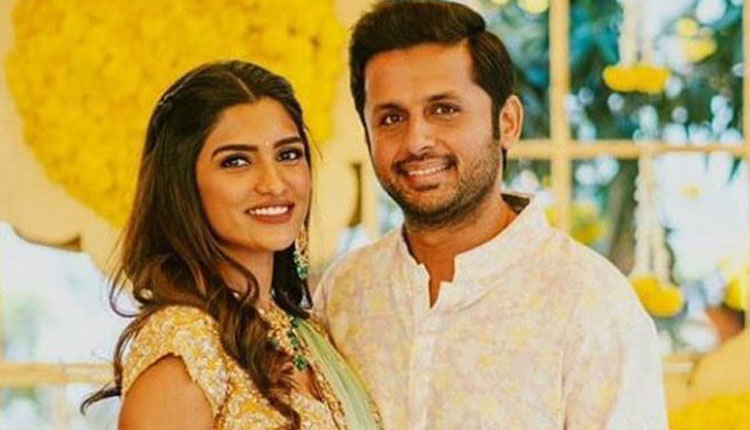 Tollywood star Nithiin, who was last seen in ‘Bheeshma’ was all set to tie the knot with his fiance Shalini Reddy in April this year. Nithiin and Shalini an MBA graduate have been dating each other for four years. The handsome star had got engaged to his long time girlfriend in February and they were all set for a destination wedding.

There has been no confirmation of the same as yet by Nithiin or his family members.

Nithiin and Shalini’s wedding was to take place in Dubai. The arrangements and bookings for the same have already been done at Dubai’s Palazzo Versace hotel. The wedding was to be attended by several Telugu celebrities. The couple was reported to get engaged on April 15, 2020, followed by a wedding the next day. Nithiin was expected to host a wedding reception for his close friends from the film industry in Hyderabad.

On the work front, Nithiin is awaiting the release of his next Titled Bheeshma. The movie features Rashmika Mandanna as his leading lady. The film is produced by Suryadevara Naga Vamsi under Sithara Entertainments. Bheeshma is scheduled to release on February 21, 2020.

Roadies Revolution: Neha Dhupia trolled for her remarks on cheating in a relationship