Neeraj Chopra who clinched gold medal at the Tokyo Olympics is now winning over the internet. His latest dance video goes viral as he flaunts his dancing skills. He recently graced Dance Plus 6 and grooved with the celebs 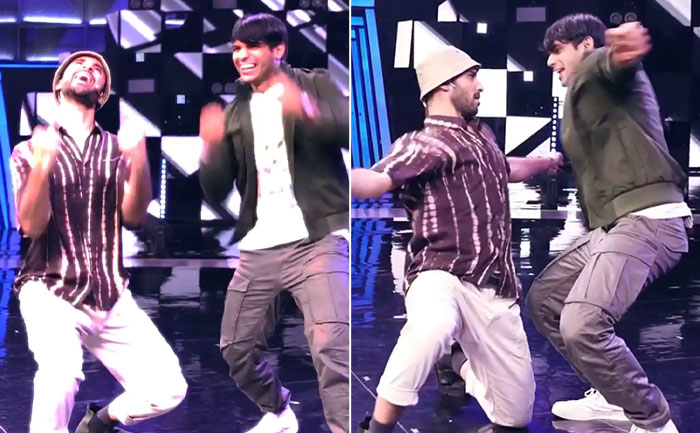 Neeraj Chopra has been in the headlines after winning gold medal at the Tokyo Olympics. Off late the star has been appearing on reality shows. He wins internet flaunting his dancing skills in the latest video. Neeraj recently graced Dance Plus season 6 and he could be seen setting fire on the floor with his adorable steps. He will be seen as a special guest on the show.

Disney Plus Hotstar took to its social media handles to unleash the glimpse from the special episode. It sees Olympic gold winner, Neeraj dancing to the beats in his own style. Accompanied him on the stage is host, Raghav Juyal. Both of them appear adorable as they groove to the Kar Har Maidaan Fateh song.

Remo D’souza who is one of the judges on Dance Plus 6 took to his Instagram handle to post the sneak peeks from the episode. The video sees him and Neeraj Chopra walking in slow motion. The choreographer turned filmmaker captioned his post, “With the #goldenboy of #india @neeraj____chopra so proud of you man , and it’s nice to have you with us 😊😊 @disneyplushotstar #danceplus6.”

Neeraj Chopra became an overnight sensation after his epic win at the Tokyo Olympics. Off late he has been busy with his promotional schedules. He recently even showcased his acting skills in an ad video for credit card bill payment platform CRED.