Oppo K3 will be launched in three colours such as Nebula Purple, Secret Black and Morning White. 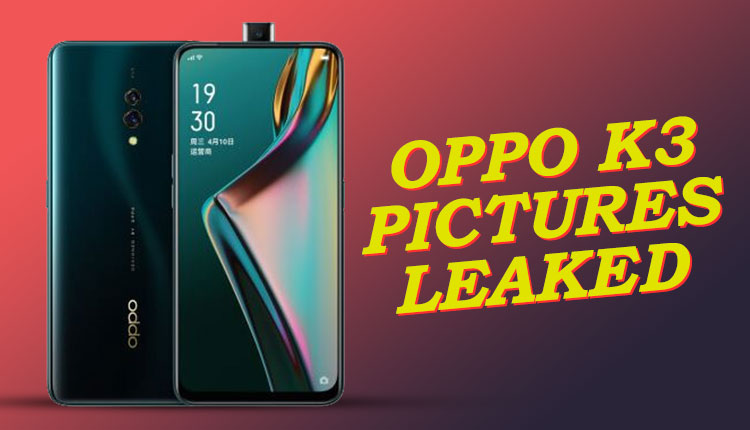 This week is likely to witness at least three smartphones such as Oppo K3, Redmi Note 7S  and Honor 20 Pro. Talking about Oppo K3, the new flagship phone is all set to be launched in three different colours, ie: Nebula Purple, Secret Black and Morning White.

Yes, the pictures of all the three colour variants have already made their ways to social media. You can also check out the leaked pictures of Oppo K3 below.

Talking about the specification of Oppo K3, the phone is reported to have packed with in-display fingerprint sensor and powered by the Snapdragon 710 SoC. It is likely to be available in 8GB of RAM variant. Oppo K3 is expected to feature 16-megapixel pop-up selfie camera, while a China Telecom listing had tipped dual rear cameras – a 16-megapixel primary paired with a 2-megapixel depth sensor.

As far as the pop-up camera is concerned, OPPO claims the 16MP selfie snapper can rise up in just 0.74 seconds and has been tested over 200,000 times.

The price of the phone has not been disclosed by the company. Apart from Oppo K3, the company is planning to launch a new bunch of VOOC chargers including a SuperVOOC car charger on May 23.

For impressive gaming performance, OPPO K3 will come with features like Game Boost 2.0, Frame Boost, Touch Boost, and Link Boost. One of the official teaser images released by OPPO also reveals a USB Type-C port and a 3.5mm headphone jack at the bottom.