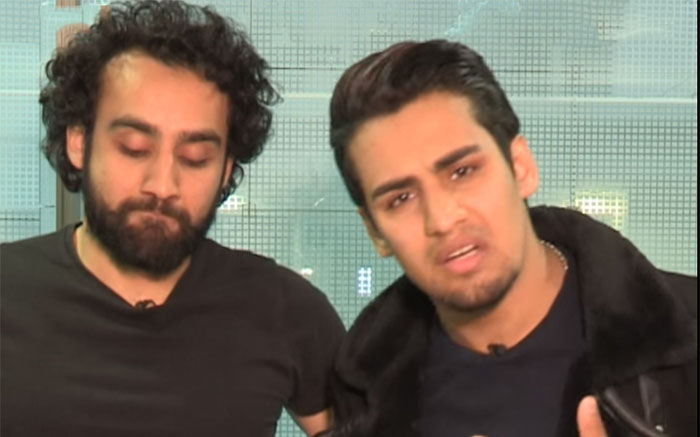 If you are an avid social media user, you must have seen a video of Pakistani fan Momin Saquib, who has become a social media sensation. Post India vs Pakistan match in World Cup 2019, Pakistan had to face a lot of backlashes from Pakistani fans. The heartbreaking rant of Saquib was one of them.

Post his video went viral on the internet, Momin Saquib along with his friend Bilal Bin Saqib appeared on BBC Asian Network explaining why they were so heartbroken after Pakistan lost a match to India. Saquib once again said those viral words.

Watch the viral video below:

He can be heard saying: “You invest a lot of time, you invest a lot of energy. You are supporting your team, you’re going the extra mile to the stadium and in the end, your team loses without putting up a good fight. It hurts. If they have lost, I have every right to voice my concerns, my opinion about how they lost and why they lost and what were the reasons behind it.”

“In a bid to not miss out on any action, the dedicated cricket lovers sacrificed on paranthas and other irresistible cuisines that could have led to a potential stomach upset. We even followed a strict sleep pattern to reach the venue in time,” he added.

Meet the Pakistani cricket fans who went viral! Momin Saqib & Bilal Bin Saqib explain why they were so disappointed on Sunday. Wait for the Shah Rukh Khan impression!

Bilal who was seen wiping his friend’s tears with Pakistani flag explained his gestures and said, Bilal Bin Saqib, “I wanted people to relate to their heartbreak and see the actual sadness and pain in Momin’s eyes.”

Notably, the viral video was widely shared on social including celebrities Amitabh Bachchan, Mahira Khan retweeted on Twitter. At the end of the video, Saquib mimics Shah Rukh Khan and wishes to get a response from him on the same video.