These Pakistani artists are a hit in India

Take a look at some of the Pakistani artists that are still a big hit in India. We all know him from his affiliation with Pakistani band ‘Jal’. His voice is sure to leave you mesmerized. Not only is he known for his beautiful singer but also for his killer looks. His notable songs are Jeena Jeena (Badlapur), O re Piya (Tere Naal Love Ho Gaya), Pehli Nazar Mein (Race), Tere Bin (Bas Ek Pal), Kuch is Tarah and many more. Not only is he a good actor, but he is also a very good singer and a brilliant sketch artist. His chocolate boy looks and his charm is sure to make you crazy. He was seen in movies such as Chashme Baddur, Kill Dil, Dear Zindagi and more. He is also known for his singing talents; he has lent his voice to several songs as well. This man needs no introduction. He isn’t just a pretty face. He is an actor, model, who has appeared in several television dramas and movies. He has worked in movies such as Khoobsurat, Kapoor & Sons, Ae Dil Hai Mushkil and TV shows such as Humsafar and Zindagi Gulzar Hai. One is ought to be naturally gifted when you are the nephew of Nusrat Ali Khan. He made his Bollywood debut with the song ‘Mann Ki Lagan’ from Paap. Some of his popular songs include Jiya Dhadak Dhadak, Bol Na Halke Halke, Teri Ore etc. She is a Pakistani actress who has appeared in many movies and dramas. She is a beautiful actor who made her Bollywood debut opposite Shahrukh Khan in Raees. He has worked opposite Bipasha Basu in Creature 3D. Even though the actor’s acting skills failed to impress the Indian audiences, his expressive eyes and dreamy looks made him a favourite. He is known as the “King of Qawwali”. One can’t talk about qawwali without Nusrat Ali Khan. He has performed in over 40 countries of the world. Some of the best-known songs of Nusrat Sahab were Saaya Bhi, Dulhe Ka Sehra, Piya Re etc. She was a renowned Pakistani folk singer who is also very popular in India. Her famous songs include ‘Lambi Judai’ which was later used by Subhash Ghai in his movie Hero, ‘Laal Meri Pat Rakhio’, ‘Dama Dam Mast Kalander’, ‘Ankhiyan No Rehen De’ which was also recomposed in Lata Mangeshkar’s voice for the movie Bobby. 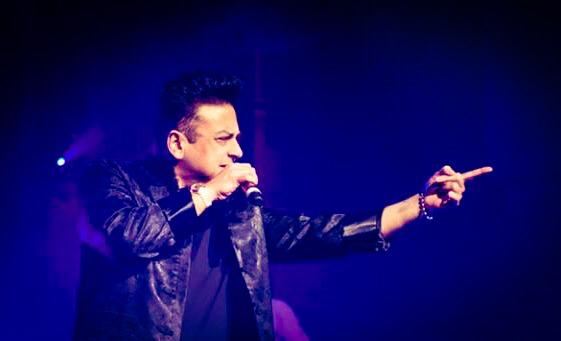 He started his musical career in India with the album ‘Kabhi Toh Nazar Milao’ in 2000 with Asha Bhonsle. He later gained an Indian citizenship. A few of his notable songs are Sun Zara (Lucky), Bhar Do Jholi Meri (Barjangi Bhaijaan), Kiss Me Baby (Garam Masala) and more.

Ways to save electricity

Kadar Khan is living life away from glitz and showbiz