Kahiin To Hoga Actress Panchi Bora Is Pregnant Again; Shares A Picture With A Baby Bump 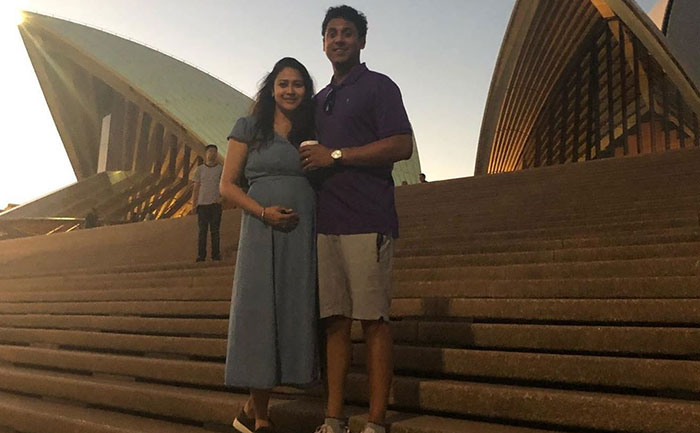 Popular TV actress Panchi Bora, who was last seen in &TV’s Ganga is currently expecting her second child. Prachi Bora gave birth to a baby girl on 27th February (2018) and within a year she is ready to be a mommy again. However, the actress shared that her first delivery was quite difficult as she faced problems in giving natural birth and also underwent 48-hour-long labour. The actress is ready to embrace motherhood yet again.

As social media is an important platform to share all significant news, Panchi too followed suit. She herself shared the news by posting a picture on her Instagram handle with her husband Jay standing beside her. She wrote, “Blessed #secondpregnancy #comingsoon2019”.

Panchi Bora, who has worked in several TV shows such as Kitni Mast Hai Zindagi, Kahiin To Hoga,  Kayamath, and CID, was also recently seen in Barun Sobti starrer film 22 Yards. But the actress chose to take a sabbatical from work and spend a good time with her family post her fists delivery.

During her first year in college, she appeared in commercials and television advertisements. Panchi Bora worked alongside her mother in a Tata Indicom commercial and got a break in a Cadbury advertisement.

Panchi Bora’s husband, Jay Patangia doesn’t belong from the television world and it was an arranged marriage for the couple. Panchi Bora tied the knot to her longtime boyfriend, Jay Patangia on January 17, 2017, and a year later, they embraced parenthood with the arrival of their little angel whom they named her Riyanna Patangia.
Also read: Sameera Reddy Shares First Pic Of Her Newborn Daughter