Pavail Gulati reacts to the scene where he had to take seven retakes to slap Taapsee Pannu in 'Thappad.' 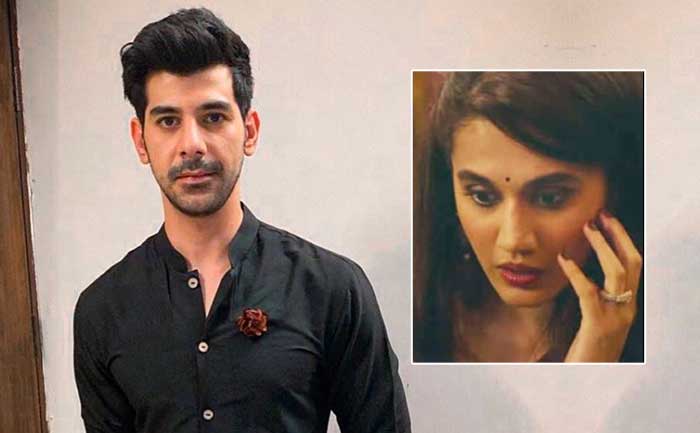 ‘Kalank’ actor Pavail Gulati is currently gearing for his upcoming drama film titled ‘Thappad’ alongside Taapsee Pannu in the lead. The story is about a woman who decides to divorce her husband after he slaps her. Pavail Gulati essays the role of her husband and it was reported that he had to retake the slapping scene 7 times.

In an interview with ETimes, Pavail Gulati reacted to the popular ‘slap’ scene in the movie, he said, “I was very nervous before the scene as slapping someone isn’t the nicest thing in the world. While you are already under the pressure of pulling off that scene, then are some technical aspects involved where the slap has to be from the correct angle and have the correct impact. All this took me six takes. And then Taapsee came up to me and said, ‘Just don’t think about anything. Ghumake laga de’! Finally, we got the seventh one right.”

Pavail Gulati also spoke about his role in ‘Thappad’, he stated, “I play the character of a normal guy who is not a bad guy. He is an office-going man who takes care of his wife and mother. It is all about what happens when you break social rules.”

Talking about the concept of the film, Pavail said, “It is not just a film with a social message. It is an entertaining film. It will leave you crying, it will leave you thoughtful. It will stay with you when you will be walking back home.”

Apart from Taapsee and Pavail, the movie also stars Ratna Pathak Shah, Manav Kaul, Dia Mirza, and Tanvi Azmi among others. ‘Thappad’ slated to hit the theatres on February 28, 2020.