Did Pooja Hegde Demand THIS amount For Her New Film Valmiki? 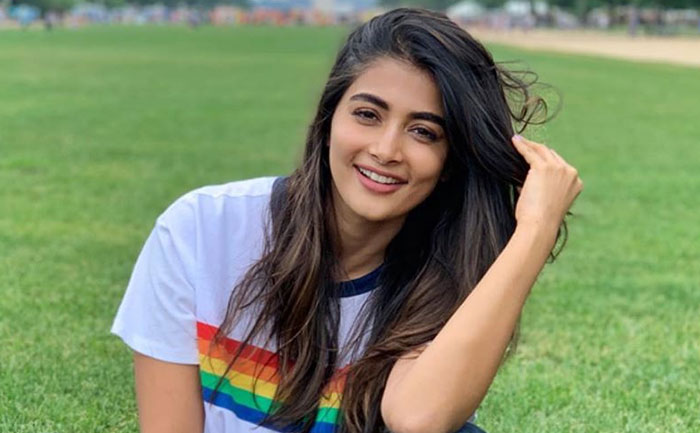 Pooja Hegde is all set to be a part of a new film, Valmiki. It is an official remake of Tamil Blockbuster, Jigarthanda. The beautiful actress will be next seen working alongside Varun Tej and Atharvaa Murali. The movie is produced by Ramu Achanta and Gopinath Achanta.

Recently, there were rumours of Pooja saying goodbye to the same film. Director Harish Shankar took to his social media account and dismissed the rumours.

The actress who debuted with filmmaker Mysskin’s Tamil superhero film Mugamoodi in 2012 is now demanding for a massive cheque of 1.5 crores for being a part in Valmiki. It looks like Director Harish Shankar has no issue with this amount. Pooja’s popularity and large fan base might be the reason for this agreement.

Pooja Hegde is famous for Hindi and South Indian Films. After winning the second runner up in Miss Universe 2010,  she tried her luck in movies. She was also a part of Oka Laila Kosam and Mukunda, where she rose to fame. Pooja set her foot in Bollywood with Hrithik Roshan in the movie, Mohenjodaro. She last appeared with Mahesh Babu in Maharshi which turned out to be a blockbuster.