On Sunday, Prince Harry arrived back in the UK to attend his grandfather Prince Philip, Duke of Edinburgh's funeral. 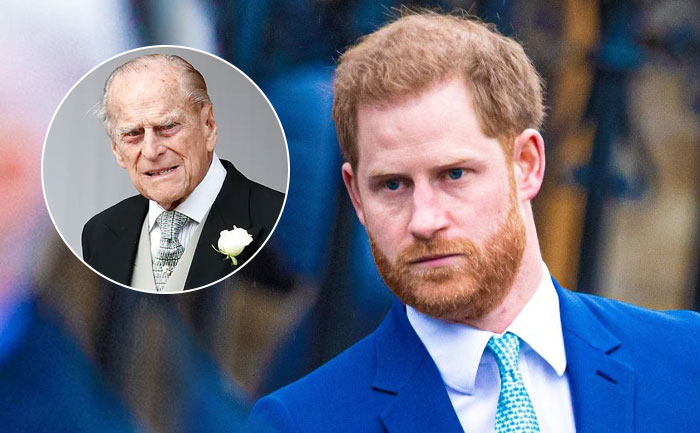 Prince Philip, Duke of Edinburgh died on the morning of 9 April 2021 at Windsor Castle, aged 99, two months before his 100th birthday. The cause of his demise has not been disclosed, though the palace in their statement said that Philip passed away peacefully. The news came as a shock to many and the entire nation also took to social media to share their grief with the royal family.

The funeral service for Prince Philip, the husband of Britain’s Queen Elizabeth, will be held on April 17. The service, which will be televised live at 3 p.m. U.K. time (10 a.m. ET). The number of people attending Prince Philip’s funeral is also severely limited, with only 30 guests allowed inside St George’s Chapel, which includes the Queen’s closest family,  her four children, and their spouses as well grandchildren will be in attendance.

Ahead of his last rites, his grandson Prince Harry has arrived back in the United Kingdom and reunited with his family to pay his last respects at the funeral. However, his wife Meghan, who is pregnant has not joined her husband as she has been advised by her physician not to travel. This will the first time that Prince Harry has arrived in the UK ever since he and Meghan stepped down from their roles as senior working members of the royal family.

On Saturday, The Duke of Sussex was reportedly seen leaving his California mansion to board an early-hours flight from LA and will be quarantined at Nottingham Cottage.

According to Page Six, Prince Philip’s funeral will be an intimate affair with only 30 people in attendance under strict UK social-distancing rules. UK Prime Minister Boris Johnson will not be attending as he wants to give the royal family some space.