According To The Latest Reports, Akshay Kumar And Manushi Chhillar Kickstart Shooting For YRF Film, 'Prithviraj' In Mumbai 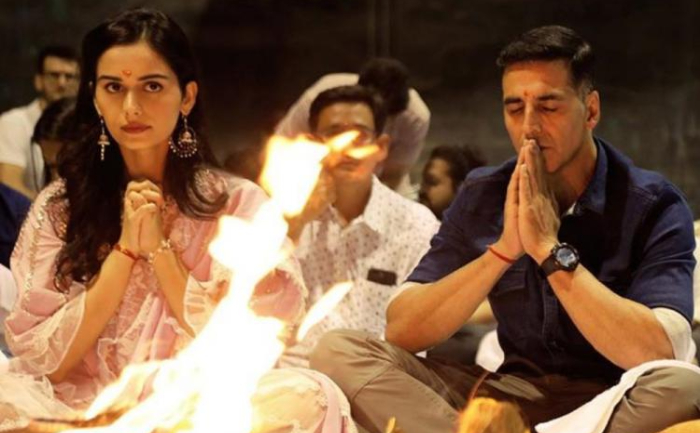 Akshay Kumar is one of the most busiest stars in Bollywood. After completing the shoot schedule for his film, ‘Bell Bottom’ in Scotland, the superstar now kickstarts the shooting for his next – ‘Prithviraj’. The actor resumes the shooting with his co-star, Miss World 2017 pageant winner, Manushi Chhillar in Mumbai.

Yash Raj Film’s one of the most ambitious project is ‘Prithviraj’, which is a biopic film on life story of Samrat Prithiviraj Chauhan. The period drama is being helmed by writer-director Chandraparaksh Dwivedi. While talking about the movie, he said in a statement “Yes, we have resumed ‘Prithviraj’ shoot at YRF studios and the entire team is excited to have a great shooting schedule!”.

#Repost • @akshaykumar Here's to auspicious beginnings 🙏 Stepping into the world of #Prithviraj. In theatres #Diwali2020! Need your love and best wishes as always. @manushi_chhillar #DrChandraprakashDwivedi @yrf

Reportedly, considering the demand of the script the makers are said to have built a set inside the YRF Studio compound. The crew members are apparently taking all the safety precautions in order to complete the shootings smoothly during the pandemic Coronavirus outspread.

The film features Akshay Kumar in the titular, while Manushi will be seen as Sanyogita. Sanjay Dutt is also a part of the period drama and he start shooting for the film post Diwali.

Are Zaheer Khan and Sagarika Ghatge expecting their first child?

Neetu Kapoor dances to Ghagra; fans wonder if it is for Ranbir-Alia wedding