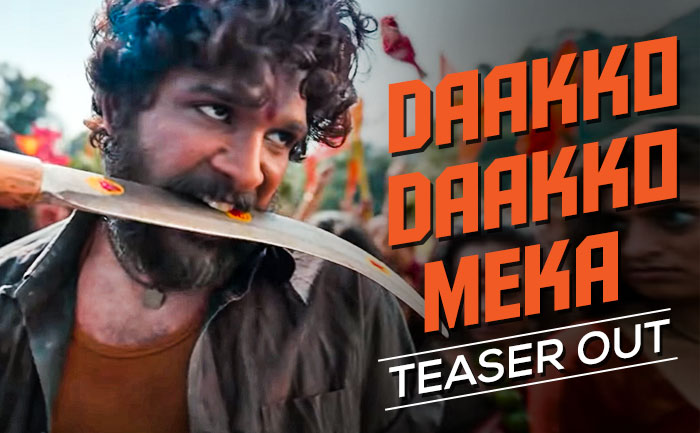 South superstar Allu Arjun has donned a gritty avatar in the upcoming release Pushpa. The makers have today released ‘Daakko Daakko Meka’, the first single from the film. The actor looks wild and wicked in the promo. His swag has left fans in awe.

Allu Arjun looks evil personified, his swag and body language perfectly complement the lyrics. The song is crooned by Shivam and lyrics are penned by Chandra Bose. Devi Sri Prasad has scored the music. While singer Sivam infuses energy into the song. Devi Sri Prasad takes the overall vibe to the next level with his drums and beats. The song is scheduled to be released on August 13.

On Sunday, August 8, the makers of Allu Arjun’s Pushpa: The Rise and Vikram unveiled the first-look posters of Fahadh Faasil as the antagonist.

Pushpa The Rise is directed by Sukumar and is one of the most anticipated Telugu films of the year. It is bankrolled by Mythri Movie Makers. The movie features Allu Arjun, Rashmika Mandanna, Fahadh Faasil in pivotal roles. The action thriller film will be released in two parts. The first will be in theatres on Christmas (December 25).

How To Study In Abroad: Everything You Need To Know