As Per Latest Reports, R Madhavan To Portray The Role Of A Villain In Allu Arjun's Upcoming Film, 'Pushpa' 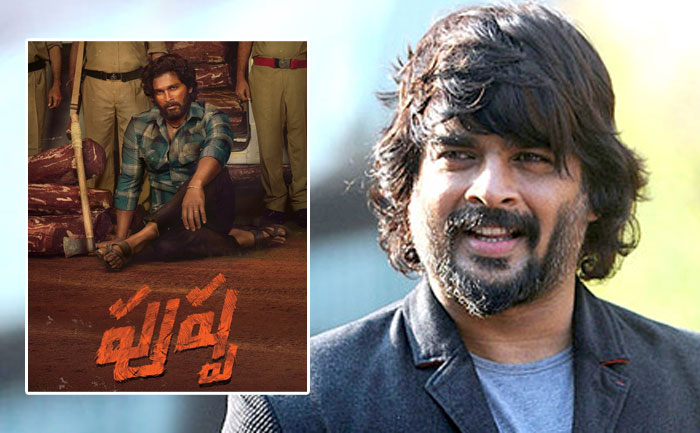 Stylish Star Allu Arjun’s upcoming film, ‘Pushpa’ has created a fair deal of buzz for the stylish star’s fans. The movie is being hailed as one of the big projects in South film industry. Amidst the update about the makers wanting to complete their production work post the COVID-19 lockdown. Here is an exciting update we have got our hands on about the villain of the movie. If the latest reports are to be believed, then R. Madhavan is all set to portray the villain opposite Arjun in the flick.

As reported by sources to Telugu.net, the makers of ‘Pushpa’ have now finalized Madhavan for the villain’s role. Maddy has already portrayed the role of a villain on silver screens. His fans have also loved to see him portraying unique roles.

The official announcement for the same by the makers is awaited as of yet.

Coming back to ‘Pushpa’, the movie marks Allu Arjun’s pan-Indian project. It will release in five different languages. Allu Arjun’s gritty look for the film has already caught the attention of fans. The film also stars Rashmika Mandanna in a pivotal role. The plot of the film is apparently based on the red sandalwood smuggling case and it is being helmed by Sukumar. The actor and director duo have collaborated for the third time after the success of ‘Arya’ and ‘Arya 2’.

‘Bigg Boss 14: Salman Khan’s show to air for half an hour- here’s why