Home > Entertainment > Salman Khan’s Radhe: Your Most Wanted Bhai Trailer To Out On This Date

Salman Khan’s Radhe: Your Most Wanted Bhai Trailer To Out On This Date

Radhe: Your Most Wanted Bhai has a release date for Eid 2020 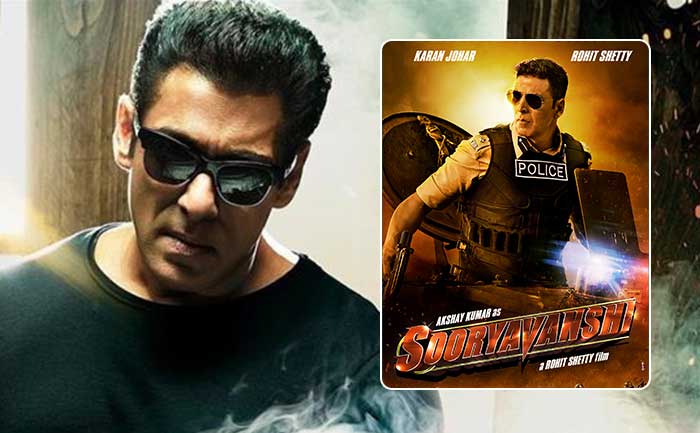 Salman Khan’s much-awaited film Radhe: Your Most Wanted Bhai already has a release date for Eid 2020. There is a lot of buzz around the Salman Khan starrer which also features Disha Patani as the romantic interest.  The Prabhu Deva directorial also features Sonakshi Sinha, Arbaaz Khan, Saiee Manjrekar and Sudeep. Zarina Wahab will play Salma’s mother in the film. The makers of Radhe: Your Most Wanted Bhai have planned the release of the film’s teaser and trailer meticulously.

While the teaser for Radhe is slated to drop on Holi, we now have new information regarding the release date of the film’s trailer. According to reports, Salman Khan is looking to clash his teaser and trailers with highly-anticipated films like Akshay Kumar’s Sooryavanshi and Ranveer Singh’s ’83.

PinkVilla has quoted a source saying “Everyone knows again that Kabir Khan’s sports drama, 83, about India’s victory over the West Indies at the Prudential Cup that year is a much-awaited movie. The movie promises to be a thorough entertainer and releases on April 10. For Salman and team Radhe, it’s a big movie and given Salman’s warm friendship with Kabir, it seems natural for the trailer to launch it when ’83 releases. Both March 24 and April 10 are great days for the Radhe teaser and trailer to be launched and that’s why its team is working hard to ensure that it happens. Sohail is planning the entire strategy of Radhe’s promotion and marketing to ensure it gets the maximum eyeballs in the theatres.”