The Touchdown of Rafale at Ambala. pic.twitter.com/e3OFQa1bZY

Rafale’s are expected to be deployed in Ladakh by the IAF to strengthen their arsenal. The fleet comprises of three single-seater and two twin-seater aircraft. The jets also known as Golden Arrow will be part of the No. 17 Squadron of the Air Force.

Advantage of Rafale to IAF: IAF is believed to be vulnerable in the air due to its lack of long-range weapons and sensors. But the arrival of Rafale is a game-changer for India. The Fighter Jets are one of the most agile aircraft in the world. It is loaded with better technologies that will lend a cutting edge to the Indian Air Force. The planes are expected to boost India’s air power massively amid tensions with China and Pakistan.

Here is all you need to know about the advantages of the GOLDEN ARROWS to IAF: 1. The multi-role combat aircraft has a range of between 780 and 1055km. IAF can now engage Pakistani aircraft from larger distances, without the risk of being tracked.

2. The Rafale is capable of integrating the Meteor (beyond-visual-range) air-to-air missile, the SCALP cruise missile as well as MICA

3. The jets also integrate a ‘cold engine start’ feature. It enables them to be operated at high altitude airbases like the one in Leh. 4. The jet can travel up to 3,700km in one go and is able to remain in the air for 10 straight hours (with multiple refueling).

5. The multi-directional radar system allows it to target over 40 targets within a 100km range simultaneously.

6. It can also be fitted with a small nuclear weapon.

7. The Rafale fighter jets are equipped with ‘buddy-buddy’ refueling. One aircraft can lend fuel to another while still in flight. 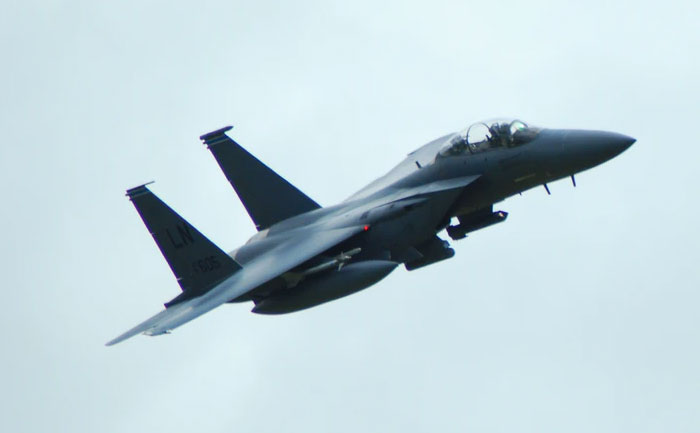 8. It can fire METEOR missiles to targets out of visual range. Can easily take out enemy aircraft at a range of over 100 kilometers.

9. Rafale can be equipped with SCALP missiles to take out ground targets at a distance of 300 kilometers

10. They can be loaded with six AASM missiles at a time. Each missile has a GPS and imaging infrared terminal guide. The fighters can aim for eight targets at a time. 11. It has been customized for IAF and can easily take off and land in high altitude airbases like Leh.