Former Indian skipper, Rahul Dravid, the current head of the National Cricket Academy to coach team India on the Sri Lanka tour. The team to play a six-game series against Sri Lanka in July 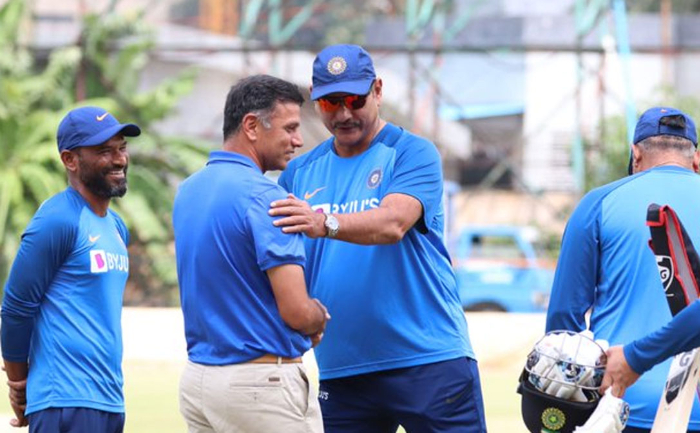 Former Indian skipper and the current head of the National Cricket Academy, Rahul Dravid to head team India on its Sri Lanka tour. The star cricketer had apparently stopped traveling with the teams after taking over the NCA head position in Bengaluru. He will be the new coach for the team during the Sri Lanka series, according to the latest reports.

According to the media outlets, a BCCI official stated, “The Team India coaching staff will be in the UK and it is best that the young team is guided by an experienced Cricketer like Dravid as he has already worked with almost all of India ‘A’ boys. The comfort the youngsters share with him will be an added advantage.”

Rahul Dravid is known to have garnered great experience of being a captain of the Indian cricket team. And thus him becoming the new coach for the team is surely exciting news for the fans. The Indian team for the Sri Lanka series is expected to be selected by the end of the month. All the players will start undergoing quarantine in the Island Nation ahead of participating in the three ODI and three T20I matches.

For the unversed, the three ODIs are slated to take place on July 13, 16, 19 respectively. While the T20Is are expected to be played between July 22 to July 27.