Rajnikanth’s highly anticipted Darbar trailer to release on this date

The trailer of Rajnikanth's Darbar will release worldwide on December 16 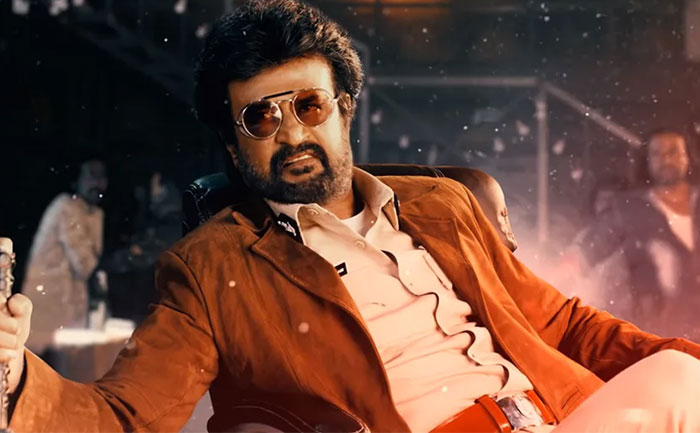 Popular south Indian superstar Rajnikanth is gearing up for the release of his much-awaited upcoming film Darbar which is directed by AR Murugadoss. The film is apparently bankrolled by Lyca Productions which also features actors like Nayanthara, Suneil Shetty, Prateik Babbar, Nivetha Thomas as well as Yogi Babu in pivotal roles. Rajinikanth’s Darbar to clash with These two Bollywood Movies

Lately, several rumours were doing the rounds that the trailer of Superstar Rajnikanth’s Darbar will release on his birthday which is on December 12. Although, nothing as such happened on that day which eventually disappointed Rajnikanth’s fans as the makers didn’t release the trailer.

To update the actor’s fans, the director of the film AR Murugadoss recently took to Twitter to disclose the trailer release date to everyone. Meanwhile, the Ghajini director unveiled that the trailer of the film Darbar will release on December 16 at 6:30 PM.

He wrote, “Hello Friends, Get ready for an action packed Trailer!!! Happy to announce that we will be launching the Trailer of DARBAR on 16th, 6:30 PM. Enjoy…” Check out the tweet below.

Hello Friends, Get ready for an action packed Trailer!!! Happy to announce that we will be launching the Trailer of DARBAR on 16th, 6:30 PM. Enjoy… @rajinikanth @SunielVShetty @LycaProductions @anirudhofficial @santoshsivan @prateikbabbar #Darbar #DarbarTrailer

On other hand, as per sources close to the team, Rajnikanth will essay two roles in the film as cop Aaditya Arunasalam as well as a social activist. The director and the whole Darbar team are all tight-lipped and haven’t disclosed any details regarding the characters and the film in general.

In fact, it was in a latest interview when AR Murugadoss had cleared the air and also reiterated that Darbar is not a political outing but actually a commercial entertainer which has all the typical elements that a Rajnikanth film has.