On Alia Bhatt's birthday, her boyfriend Ranbir Kapoor's sister Riddhima Kapoor Sahni has the sweetest wish for the actress. 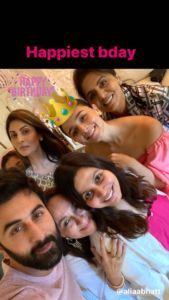 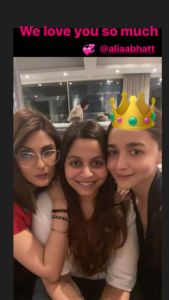 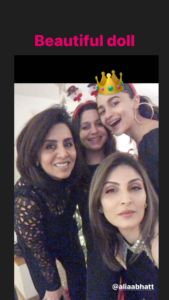 To mark this special day, the makers of  SS Rajamouli’s film ‘RRR’ unveiled the first look of the actress’s character as Sita, in which, she looked absolutely beautiful in the traditional avatar.

Alia ringed in her birthday at a bash thrown by Karan Johar on Sunday night.  The party was hosted by Karan Johar for the ‘Dear Zindagi’ actress which was attended by Ranveer Singh, Deepika Padukone, Ayan Mukerji, Aditya Roy Kapur, Shashank Khaitan, and Aryan Khan, among others.

Recently, Alia’s beau Ranbir tested positive for the novel coronavirus and is under self-quarantine at home, thus, he was also missing from his girlfriend’s birthday celebration.

On the work front, the actress will be seen next in ‘Brahmastra,’ ‘Gangubai Kathiawadi,’ ‘RRR,’ ‘Darlings,’ and ‘Takht.’