Rhea Chakraborty With Her Brother Arrives For The Enforcement Directorate Interrogations 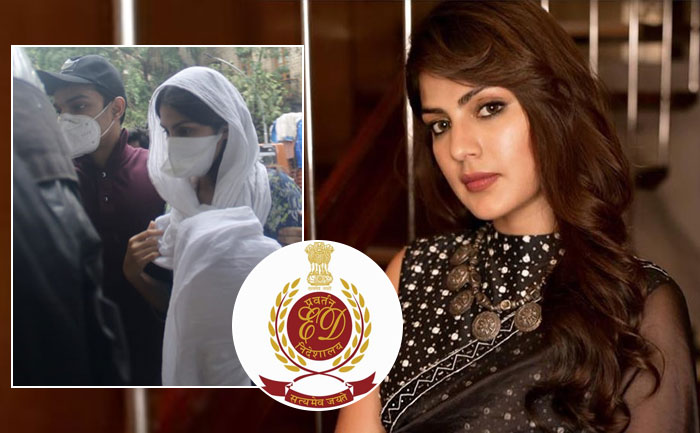 Rhea Chakraborty was reportedly missing after Sushant Singh Rajput’s father, K. K. Singh filed an FIR against her at the Patna Police station. The actress now arrives for the interrogation at the Enforcement Directorate office in Mumbai. She arrived with her brother, Showik Chakraborty.

According to the recent reports, the ED has registered a money laundering case in connection with the death of Sushant Singh on the basis of a First Information Report filed by the Bihar police. The actress on the other side apparently filed a plea seeking delay in the interrogation by ED, however, it was denied by the agency. Now, she finally makes the appearance at the interrogation session with her brother. Take a look at the video, here below:

#rheachakrobarty with her brother as media questioned them and ask them to comment. Today at the ED office in connection of #SushantSinghRajputDeathCase 🎥 @rohan167 #viralbhayani @viralbhayani

The Enforcement Directorate will probe allegations of allegedly mishandling Sushant’s money and his bank accounts. The agency will also investigate if anyone else had used the late actor’s money there by creating illegal assets.

On Thursday, the actress’s lawyers, Satish Maneshinde was quoted saying by news agency ANI that she had “requested for a postponement of recording her statement till the Supreme Court hearing.”