#RIPactorVIJAY Trends on Twitter: Fans of Vijay ask haters to stop this hashtag 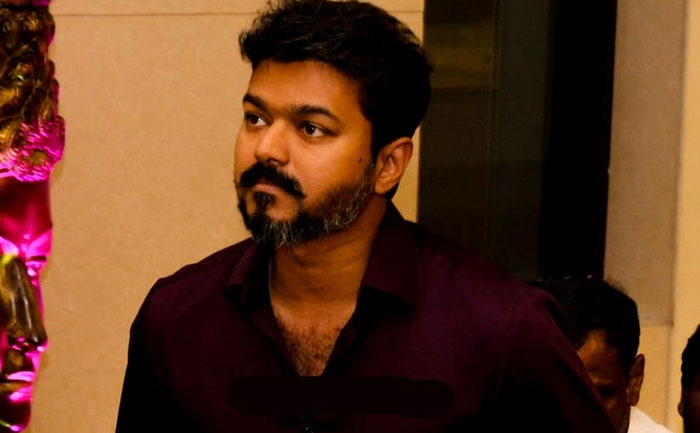 There are thousands of people confused and worried about actor Vijay’s health but he is said to be well. Vijay is known for delivering back to back super hit movies and has become a household name in Kollywood industry. The popular actor will next be seen in his upcoming film Bigil.

Supporting Bigil actor, fans of Vijay took to Twitter and extended their support to him. Looking at the tweets of Vijay’s fan, it looks they can go to any extent to extend to support their favourite actor. One of the Twitter users writes, “We have a class…we are fans of a distinguished Gentleman..don’t trend #RIPactorVIJAY.”

The hashtag #RIPactorVIJAY has garnered more than 50K tweets.

Check out the tweets below:

#RIPactorVIJAY who is trending this… Stop this hastag…

I got very tensed while seeing #RIPactorVIJAY Tag ?

Who are all doing this?

#RIPactorVIJAY WTF guys he is still alive and healthy stop this non-sence you all #asshole pic.twitter.com/fvIo9r5qFC

#RIPActorVIJAY ? I really wanted to make Kaththi 2 after Darbar…I was waiting for a chance to steal MinjurGopi’s script.. but now? Hope your fans will only have Thupaaki Dawww forever..

#RIPactorVIJAY #ஆகஸ்ட்8_பாடைகட்டு
U can praise any 1 to core, bt never ever degrade others to show ur shit. I’m a huge fan of @actorvijay Bt feeling ashamed nw bcz of my dear fellow Vijay fans. Also, a gentleman #Ajith ‘s fans shouldn’t encourage this. Dirtiest fans in the world pic.twitter.com/59ZgbVbKdd

On the professional front, the fans of actor Vijay are eagerly waiting to see him in Bigil, wherein he is playing the role of a football coach. Directed and written by Atlee, has music composed by award-winning music composer, A.R Rahman.