‘D-Day’ director Nikhil Advani revealed an incident of Irrfan and Rishi’s time together while filming the movie. 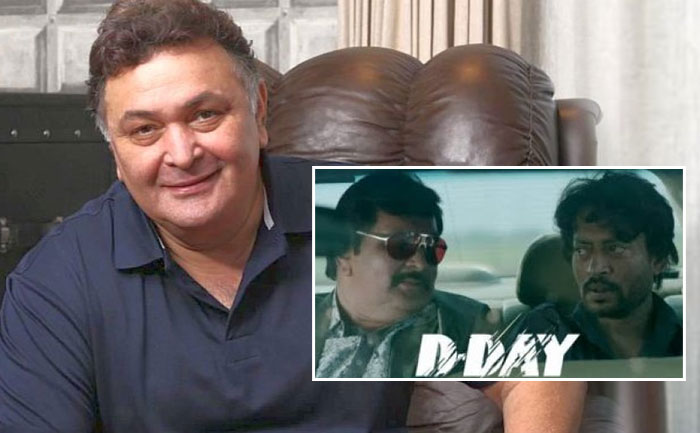 Bollywood is dealing with the loss of two legends, Irrfan Khan and Rishi Kapoor. The two left for their heavenly abode within a day of each other. Grieving their loss their dear ones have been cherishing the times they spent together. ‘D-Day’ director Nikhil Advani revealed an incident of Irrfan and Rishi’s time together while filming the movie.

Director Nikkhil Advani talked to film critic Rajeev Masand about working with them on the 2013 spy thriller, he said, “When they came together, Rishi Kapoor had heard that Irrfan Khan is this great actor. So he wanted to see it and fortunately for me, they were doing this one scene where Irrfan decided to improvise. And Irrfan never ever gives the same cue again.”

Sometimes, even the wrong train takes us to the right station. #irfankhan #rishikapoor we really Miss will do.

“So Rishi Kapoor called me and said, ‘Usko samjhao, usko acting nahi aati hai. He has to hit his cue otherwise I will not know how to do and what to say.’ So I explained to him and said ‘Sir you don’t have to worry. You start speaking whenever you want to speak, don’t worry about him.’ They were just very different but they were very special. The film has become even more special for me now,” said the director.