Bollywood handsome hunk, Ritiesh Deshmukh is known for being jovial. The actor has mesmerised the audience with some of his quirky characters on silver screens. From ‘Dhamaal’ to ‘Apna Sapna Money Money’, he has delivered quite an unique range of performances time and again. The actor has truly mastered the art of being a versatile actor. On his 42nd Birthday today, we take a look at few best films of him.

The film is set in the backdrop of greed for money. It takes us to the life of Satyabol, a devout Hindu who is absolutely against his daughter Shivani’s closeness with Arjun, a Christian guy. Finding no way to contact his lady love, Arjun asks his conniving cousin, Kishan, to help him unite with his lover. The three of them end up indulging in  confusing encounters soon after. The film was directed by Sangeeth Sivan and it featured Koena Mitra, Celine Jaitly, Riya Sen, Suniel Shetty and Ritiesh Deshmukh in the key roles. 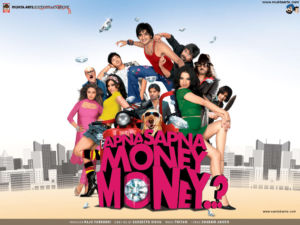 The film is about three compulsive womanisers, who end up finding a baby at their doorsteps. One of the person from the trio is a biological father of their newly found baby and they are unaware of that his ex-girlfriend has  abandoned the baby. Chaos ensues as they try to contact their ex-lovers while investigating the real parents of this baby. However, they end up finding about the babies real father. The film was helmed by Sajid Khan and it featured Akshay Kumar, Fardeen Khan, Ritiesh Deshmukh, Vidya Balan and Boman Irani in the key roles. The film takes us to the life of Aarush, who believes that he is a most unlucky man and carries his bad luck wherever he goes. His wish to find love only makes his life more miserable, as he ends up being in a more complicated situations. The film was helmed by Sajid Khan and it featured Akshay Kumar, Chunky Panday, Ritiesh Deshmukh, Deepika Padukone and few others in the key roles. 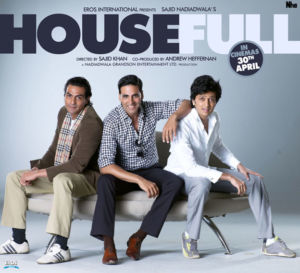 This comedy film is about four lazy friends -Roy, Manav, Aditya and Boman. These friends venture out on a race to find a hidden treasure which is located in Goa. Unaware that their plans will soon be foiled by an inspector Kabir, they kickstart their journey towards the treasure only to loose it in the end. The movie surely tickles the funny bones of the audience and it was helmed by Indra Kumar. It featured Sanjay Dutt, Arshad Warsi, Ashish Chaudhary in the pivotal roles. 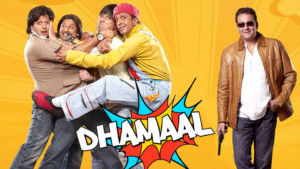 The plot of this film takes us to the life of three college friends, who are bored with their married life. They decide to spice up their lives by indulging in an extramarital affair. Things go awkward when they become the prime suspects of a murder. The film was directed by Indra Kumar and it also featured Genelia D’souza, Vivek Oberoi and Aftab Shivdasani. We the team of The Live Mirror wish the actor a very Happy Birthday.