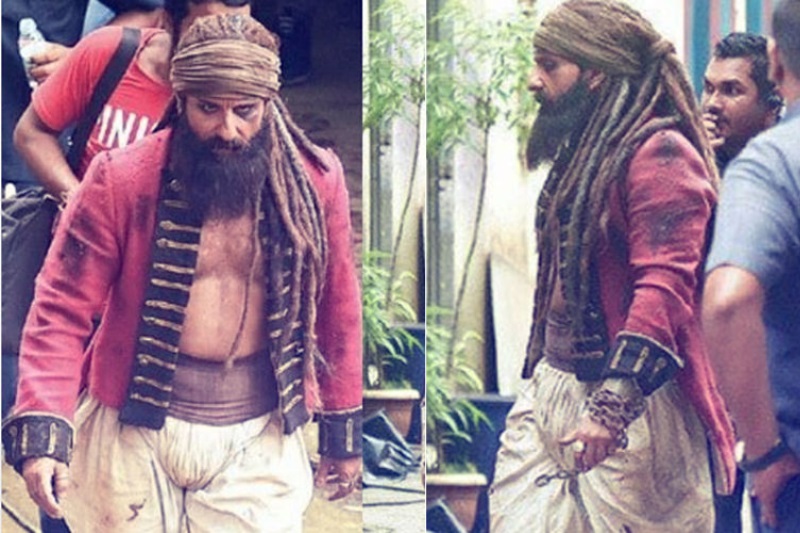 After starring in Netflix series-Sacred Games, Saif Ali Khan has diverted all his energy towards his next film ‘Hunter’ which will be helmed by ‘NH 10’ director Navdeep Singh where the actor will be seen playing the role of a Naga Sadhu warrior. Saif wrapped up the Rajasthan schedule earlier this year and has resumed shooting in Mumbai’s Filmistan studio.

On Monday morning, the actor was spotted in dark kohl eyes and wild deadlocks. After Omkara, it seems that he is playing yet another dark role.

HT quoted Saif saying, “It’s my most ambitious project till date. I don’t think I have been part of a film that has been made on this scale. It’s about a fight between two brothers and my character, who’s almost like an animal, fights for his rights.”

Interestingly, Saif’s sinister look bears a striking resemblance to Johnny Depp’s Jack Sparrow from ‘The Pirates of the Caribbean’ series.