Sacred Games 2 all episodes have been leaked online in HD quality to download by Tamilrockers and Movierulz. 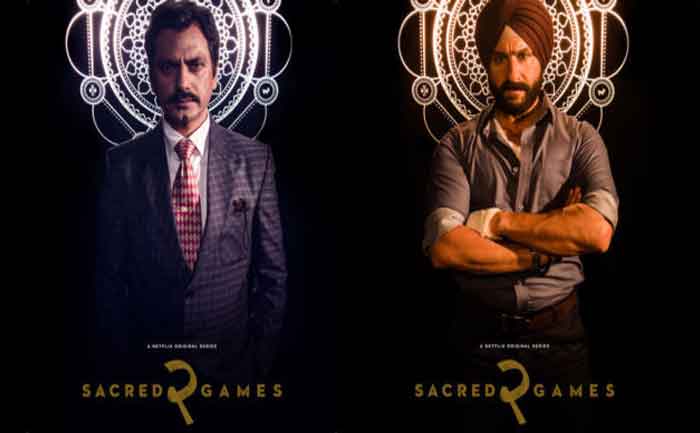 Sacred Games 2, which was supposed to available for online streaming on Netflix from 15th August 2019, has been leaked by piracy websites such as Tamilrockers, Movierulz and other torrent websites. The second season of Sacred Games is currently available for watch online and free download on Tamilrockers and Movierulz. For the uninitiated, Sacred Games is a web series, which features Saif Ali Khan, Nawazuddin Siddiqui, Pankaj Tripathi, Kalki Koechlin and Surveen Chawla in the lead roles.

Fans of Sacred Games 2 have been eagerly waiting to watch the suspense and mystery behind Trivedi’s disappearance in the first season. There are millions of fans are asking the same question, Why Nawazuddin Siddiqui always says no one will be saved except Trivedi? Yes, the answer finally arrives.

The HD version of Sacred Games 2 is available for online streaming on Netflix. You can also download Sacred Games 2’s HD print from Netflix, Tamilrockers and Movierulz. But, you should keep in mind that, watching and downloading movies or web series from any piracy website is a crime which may land you in trouble.

Yes, we urge you not to download Sacred Games 2 from Tamilrockers or Movierulz. Notably, the second season of Sacred Games is clashing with two Bollywood films Batla House and Mission Mangal, which also hit the theatres on 15th August.

Post the grand success of Sacred Games 1, the budget of the web show has reportedly gone up to Rs. 100 crore. “Revealing the details, an industry insider says that while usually, each episode of an original could cost between Rs. 3- 4 cr with a total budget around the vicinity of Rs. 50 cr, Netflix has gone above and beyond for season 2,” stated a report on Bollywood Hungama.