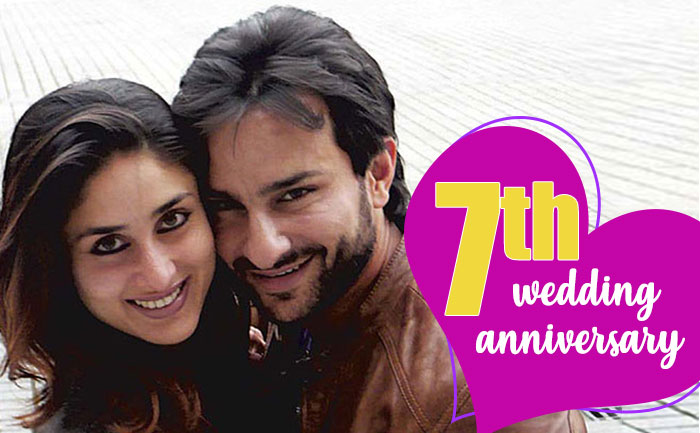 Kareena, Saif and Taimur made for one lovely beautiful family. It was Karisma who took to Instagram and shared the photos of the Bollywood couple on her handle. The photos were from the evening when the celebrations were being made. Kareena looked gorgeous in a tank top whereas Saif appeared handsome in a dark blue shirt. The trio struck a pose and looked stunning for the evening. Karisma wrote on the caption, “Happy anniversary to my rocks !! Love you both.” Check out the photo below.

Happy anniversary to my rocks !! Love you both ❤️❤️❤️ #familyfirst #familydinner

Not only that, there was another beautiful photo of the khan family where the munchkin Taimur held onto Saif while Kareena cut the anniversary cake and her face glowing bright with happiness. Kareena shared the photo in her Instagram handle. She wrote, “#anniversary #full of love.”

The family looked lovely in the photos. We can see Kareena and Saif elated and happy among friends and family members. It was in 2012 when Kareena Kapoor and Saif Ali Khan tied the knot after a five year courtship. On work front, Saif Ali Khan new film is all set to release this week on October 18, 2019.