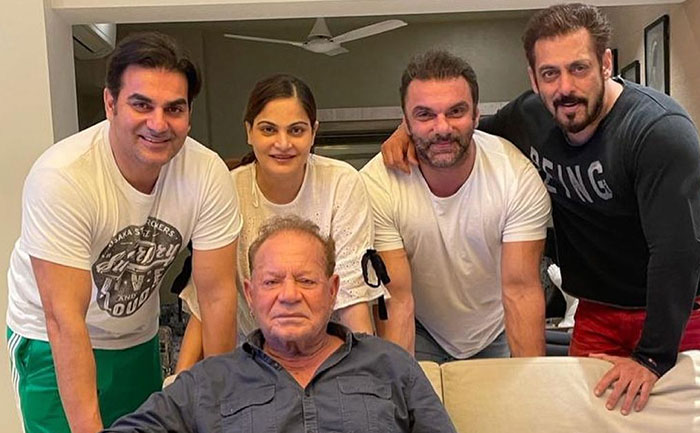 Father’s day was celebrated on June 20 across the world. Fathers all over the world were made to feel special as their children bestowed them with wishes and sweet gestures. Bollywood stars too celebrated the occasion Salman Khan being one of them. The Bharat star shared some precious family pictures with Dad Salim Khan on a special day.

The picture soon garnered immense love from fans and friends. Many dropped heart emojis on the post and wished Salman and his family good health.

On the work front, Salman Khan was last seen in the Prabhu Deva directorial Radhe: Your Most Wanted. The movie also featured Disha Patani, Jackie Shroff and Randeep Hooda in pivotal roles. Salman will next be seen in Antim: The Final Truth which will be helmed by Mahesh Manjrekar. The movie is a Hindi remake of the Marathi film, Mulshi Pattern and also features Aayush Sharma.

Salman also has Tiger 3, Kick 2, and Kabhi Eid Kabhi Diwali that is reportedly titled Bhaijaan now in his kitty.