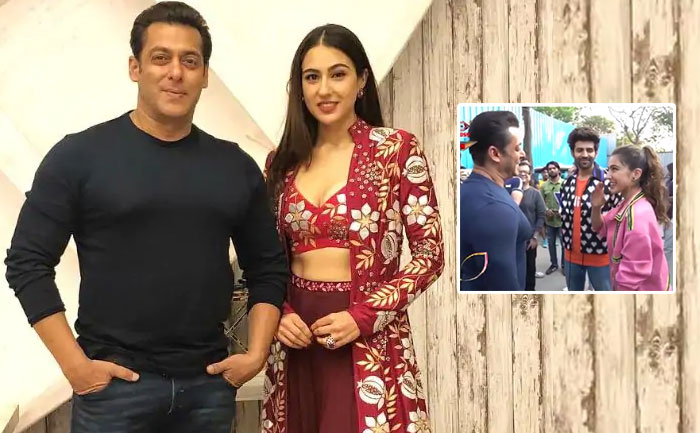 The video of Sara Ali Khan greeting Salman Khan with a classic Aadab has gone viral on the internet and people seem to love it. Sara’s upcoming film Love Aaj Kal is less than a month away from its theatrical release.

In order to promote Love Aaj Kal, Sara Ali Khan and Kartik Aaryan spotted at the sets of Bigg Boss 13. The duo reportedly spent some time and had some conversation with the housemates.

Sara, who is an avid social media user, took to her Instagram and shared a Behind-the-Scenes (BTS) video from the sets of ‘Bigg Boss 13’.

Sharing the adorable video, she wrote, “Adaab @beingsalmankhan sir 🤗 And namaste darshako 🙏🏻 Thank you for inviting Veer and Zoe to the #BiggBoss13 house 😍👫👩‍❤️‍👨”

The video posted by her on social media has gone viral as it has already garnered more than 3,370,115 views so far. In the video, both Sara and Kartik can also be seen engaging in playful banter before they go into their respective vanity vans.

On the professional front, Sara Ali Khan has ‘Coolie No.1’ remake with Varun Dhawan post this one. The sequel is being directed by David Dhawan.