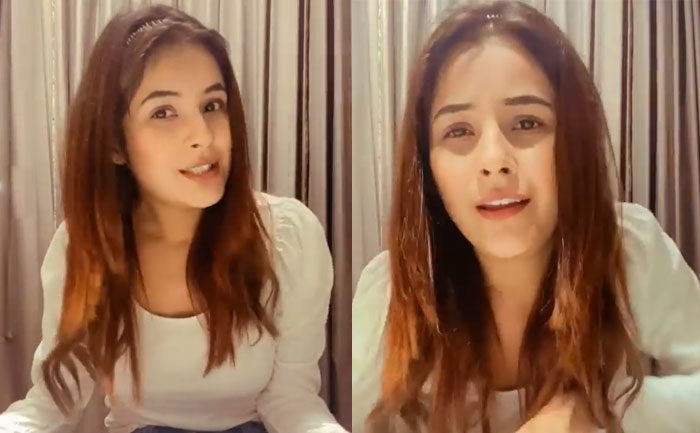 ‘Bigg Boss’ season 13 fame, Shehnaaz Gill is known for ruling social media trends with the announcement of her projects. Time and again she has managed to astonish her fans with her adorable antics on shows as well as on social media platforms. This time around she posts an adorable video of herself as she sings the newly released ‘Waada Hai’ song. Her fans shower praise worthy comments on the video.

On Tuesday, the makers have treated her the audience with a soothing track ‘Waada Hai’, which is originally crooned by Arjun Kanungo. After the song manages to impress the audience, Shehnaaz Gill posted a self made video. She is seen singing adorably while the original track is being played in the backdrop. Dressed up casually in an off-white dress, she looks lovely. “Kitna acha gaati hu na main”, she captioned the post.

After stepping out of the ‘Bigg Boss’ season 13 house, she appeared in a couple of song singles. She did two of the songs with her bestie Sidharth Shukla – ‘Bhula Dunga’ which is crooned by Darshan Raval and ‘Shona Shona’ which is crooned by Neha and Tony Kakkar. These songs have been doing well on YouTube.