Shraddha penned a beautiful note for her aunt 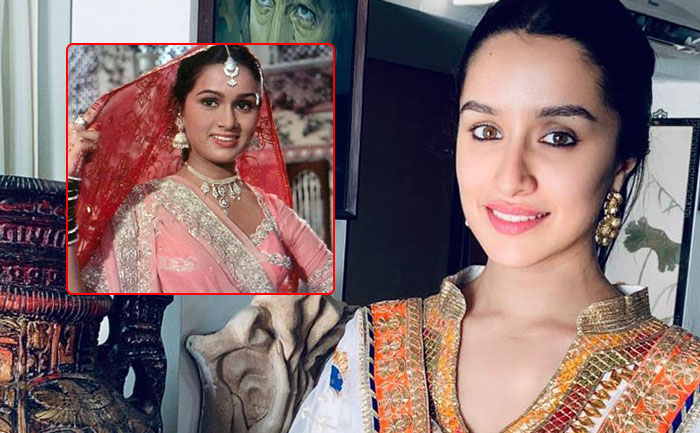 Shraddha Kapoor is enjoying the best time of her life. The actress is basking in the success of her two films, Saaho and Chhichhore. Apparently, both the films have performed quite well in the box office. In fact, on the professional front, Shraddha Kapoor has began shooting for the third installment of the film franchise Baaghi 3. She will star opposite War actor Tiger Shroff.

Interestingly, Shraddha Kapoor yesterday took to her social media account and wrote a wonderful message for her aunt Padmini Kolhapure. In her Instagram profile, we can see in one photo where Shraddha Kapoor poses with her aunt and actress. The Saaho actress donned in a Maharashtrian attire by Padmini’s side and both the actresses were all smiles while in some other photo Padmini Kolhapure appeared lovely in a solo picture too.

Below the photo, Shraddha Kapoor wrote,” I will be in awe of you forever Happy birthday Pandi masi @padminikolhapure !!! Keep spreading your infectious joy everywhere!!! you more than I can express.” Check out the photos below.

I will be in awe of you forever ? Happy birthday Pandi masi @padminikolhapure !!! Keep spreading your infectious joy everywhere!!! ❤️ you more than I can express.

Apart from this, Shraddha Kapoor was last seen in the film Chhichhore opposite Sushant Singh Rajput. Now, she will be seen next in Remo D’Souza Street Dancer 3D starring Varun Dhawan, Aparshakti Khurana and Nora Fatehi. The film will be in the theaters in January 2020.

Moreover, Shraddha Kapoor has been photographed frequently on many occasions such as festivals and birthday celebrations. This shows how much she takes out her time from the busy shooting schedules to spend quality time with her family.