Sidharth Malhotra helps a needy; wins the Internet with his kind gesture 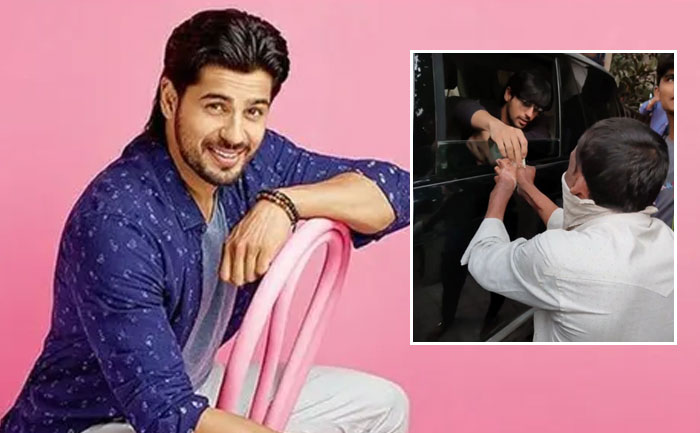 On Wednesday, Sidharth Malhotra stepped out to meet Shershaah director Vishnuvardhan at his office and as he was heading back to his home he was captured by the papparazzi sitting in his car. As h left. the actor did a sweet gesture which has won over the internet as he ended up helping a needy person.

A beggar came to his window asking for help and in no time, the ‘Student Of The Year’ actor handed over him a Rs 500 note and it was captured, soon after, the video went viral on the internet. Many people took to the comments section and lauded the actor for his kind gesture.  A user wrote, “Man with a heart of gold,” while another user commented, “Such a kind hearted man.”

On the work front, he as last seen in ‘Marjaavaan’ with Tara Sutaria, Riteish Deshmuk, Rakul Preet Singh among others. Siddharth will be next seen in Vishnuvardhan’s ‘Shershaah’ with his rumoured lady love Kiara Advani, which is based on the life journey of Param Vir Chakra awardee and army captain Vikram Batra. Besides this, he also has ‘Mission Majnu’ with Rashmika Mandanna and ‘Thank God’ with Rakul Preet Singh and Ajay Devgn.