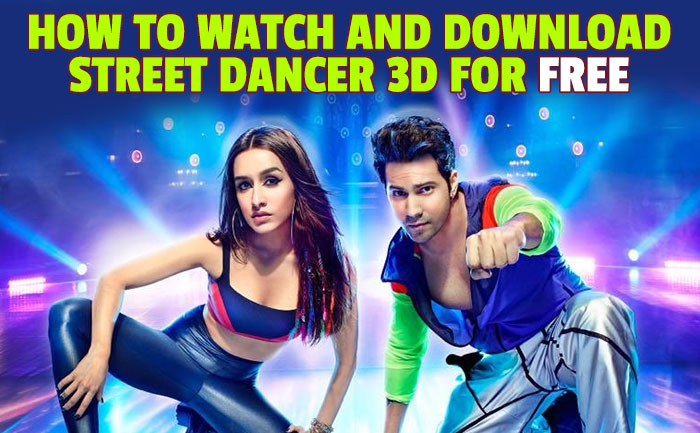 The dance flick might have been leaked by torrent websites like Tamilrockers and Movieruz on its release date but now you can download Street Dancer 3D full movie in HD quality for free and legally. Yes, the film is now streaming on Amazon Prime Video.

In this article, we will talk about everything about Street Dancer 3D from its plot, cast, trailer and how to download in HD quality for free from Amazon Prime Video.

What Street Dancer 3D is all about?

The story of Street Dancer 3D revolves around Sahej (Varun Dhawan) who has a brother Inder (Punit Pathak). Inder is dancing at the Ground Zero Battle and while doing a flip stunt, he lands on his leg and get himself injured. Two years later, he is healing but unable to dance properly.

Sahej brings the team, Street Dancer, into a studio through money that he is hesitant about revealing. Poddy (Raghav Juyal), is one of Sahej’s close friends, along with D (Dharmesh Yelande) and Sushi (Sushant Pujari) are all part of the Street Dancer.

While showing the dance studio to the Street Dancer team, they run into Inayat (Shraddha Kapoor) and her team the Rule Breakers dance as well. Sahej and Inayat have always been at standstills against each other and they have a dance battle. The Rule Breakers beat Street Dancer, embarrassing Sahej in the process. Inayat’s cousin, Zain (Salman Yusuff Khan), takes her home. Their family is very orthodox and Inayat lies about her dancing, hiding the truth from them.

When is Street Dancer 3D out on Amazon Prime Video?

The much-awaited movie Street Dancer 3D has now started streaming on Amazon Prime Video. Besides Amazon Prime, HD version of Street Dancer 3D is nowhere to be found. If you download the film from any illegal or torrent website, you are likely to be landed in some legal trouble.

In order to watch Street Dancer 3D, what all you have to do is to sign up to Amazon Prime. If you have already subscribed Amazon, you can watch it on Amazon, but if you do not have its subscription, you can also watch it for free as Amazon provides a 30-day free trial.

Who is in the cast of Street Dancer 3D?

Is there a trailer for Street Dancer 3D?

Yes, the makers of the film uploaded the trailer of Street Dancer 3D on December 17, 2019. You can watch the trailer below.

Here’s why you should not download Street Dancer 3D from Tamilrockers & Movierulz?

Best Dialogues Of Erica Fernandes And Parth Samthaan From…