Kaikala Satyanarayana who predominantly worked in Telugu cinema has been hospitalised. 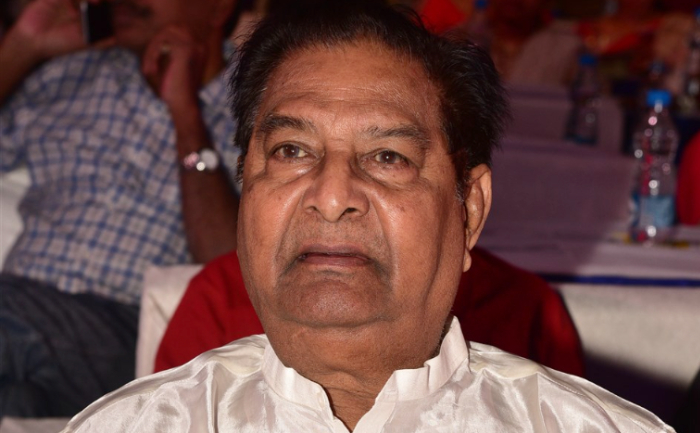 One of the legendary actors of Telugu cinema during the golden era, Kaikala Satyanarayana has been hospitalized. According to the media reports, the actor was admitted to the hospital on Saturday evening.

Reportedly, the actor-producer-politician slipped and fell in his house four days ago. Later, the pain had not subsided and he complained of it, so his family members took the decision of admitting him. Currently, the actor is in stable condition.

The actor has carved a niche for himself as an antagonist and supporting artist in a variety of film genres which include mythological, social, action, historical, comedy, and others. In an illustrious career spanning for closer to six decades.

Kaikala Satyanarayana made his silver screen debut as a protagonist with ‘Sipayi Kuthuru’ in 1959. Though it did not do well at the box office, he was noticed for his resemblance to N.T. Rama Rao.

He appeared in over 750 films. In 1996, he stepped into politics with TDP winning Lok Sabha and served as the Member of parliament in the 11th Lok Sabha representing Machilipatnam constituency from the Telugu Desam Party.

Apart from Telugu, Satyanarayana acted in Tamil, Kannada, and Hindi films as well. The senior actor is the recipient of the 2011 Raghupathi Venkaiah Award and the 2017 Filmfare Award for lifetime achievement in Telugu cinema. In 2012, he served as the jury member for South Region II at the 59th National Film Awards.

Urmila Matondkar tests positive for COVID-19, isolates herself at home