Udit Narayan After Wedding Hoax: “I Have Told Aditya To Marry Neha Kakkar” 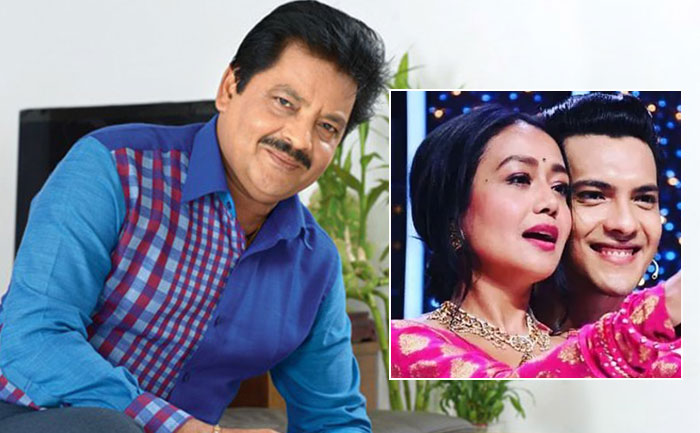 Veteran singer Udit Narayan said that he wanted his son Aditya Narayan to tie the knot with Neha Kakkar after their wedding hoax on the sets of Indian Idol 11. Notably, Aditya Narayan and Neha Kakkar were the host and judge of the show respectively.

In an interview with Telly Chakkar, Udit Narayan revealed that he kept teasing his son Aditya with Neha and even asked him to marry Dilbar singer.

“You won’t believe I keep teasing Aditya with Neha and I have told him to marry her. But, he ignores me and says he wants to focus on his career. Neha is a top singer in today’s time and is doing really well for herself,” Udit told TellyChakkar on the sidelines of a recent event.

A few days after their wedding hoax, when Neha was asked about the same, she revealed that there was nothing between her or Aditya and wished him as he is all set to marry his long long-time girlfriend this year.

The wedding hoax of Neha and Aditya began after Udit and his wife Deepa Narayan Jha visited the sets of Indian Idol 11 and announced that Neha is their Bahu. Later, Neha’s parents also came on the sets and approved their Jodi leaving Neha in shocked. Promos of the show claimed that they would exchange garlands on Valentine’s Day 2020.

Later, in an interview, Aditya said that “something which began for fun became too serious and went out of our control”. In the same interview, he claimed that if any media person reached out to him, he would have admitted the truth.

“When you watch two actors getting married on screen, you cannot expect them to have babies in real life. So whatever is happening, it is on screen, as a part of the reality show. We do what the makers of the show ask us to do and that is for fun. All that happens for the TRP of the show,” he said.

Meanwhile, Aditya Narayan and Neha Kakar have recently shot together a music video of a single titled Goa Beach.