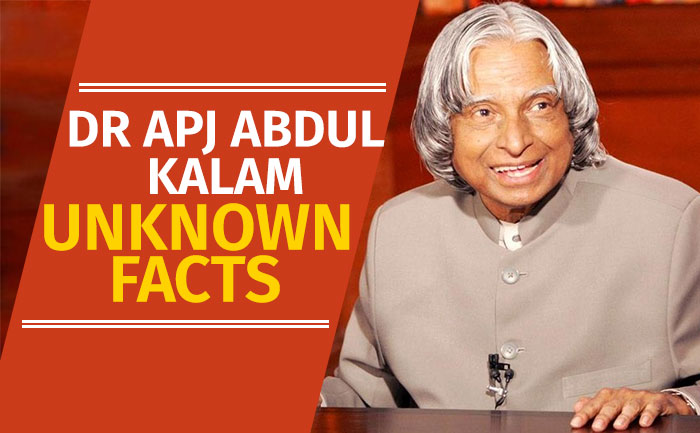 Dr APJ Abdul Kalam was an aerospace scientist. He also served as the 11th President of India from 2002 to 2007. He was born on 15 October 1931 in Rameshwaram, Tamil Nadu and studied physics and aerospace engineering.