Vijay Sethupathi Birthday: These Unknown Facts About Super Delux Actor Will Inspire YOU 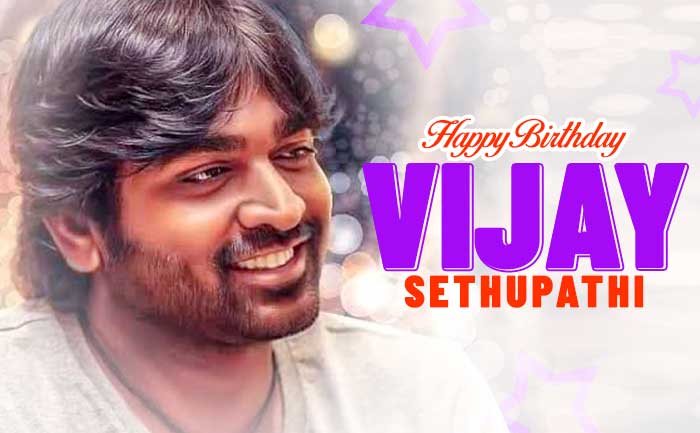 Tamil actor Vijay Sethupathi has turned a year older today (January 16, 2020). Vijay is an Indian actor, producer and dialogue writer, who mainly appears in Tamil movies. Vijay Sethupathi, who was born on January 16, 1978, is celebrating his 42nd birthday today.

Vijay Sethupathi, who begun his acting career as a background actor and played supporting roles for many years before his lead role, has now become a household name in Tamil film industry. A day before his 42nd birthday, makers of Yaadhum Oore Yaavarum Kelir released the first look of Vijay Sethupathi starrer.

Vijay, who was last seen in Super Delux, is all set to play a key role in Yaadhum Oore Yaavarum Kelir. Similar to Super Delux, fans of Vijay are expecting him to take the silver screen on fire with his upcoming film.

In his more than a decade career, Vijay Sethupathi has transformed into a successful and popular “Indie-film star” in Tamil film industry. There are a lot of things that even Vijay’s fans do not know about him. And that is the reason why we have decided to bring you some unknown and interesting facts about Vijay Sethupathi.

1 1. A Below Average Student

According to reports, Vijay Sethupathi was a below average student. Besides study, he did not have any interest in sports or any extra curricular activities. Vijay had an interest in acting ever since he was a child

2 2. Worked as an Accountant

Owing to not well financial condition, Vijay Sethupathi has done multiple odd jobs for his pocket money. He completed his graduation in Bachelor of Commerce from the Dhanraj Baid Jain College (an affiliate of the University of Madras) in Thoraipakam.

Besides doing some odd jobs in India, he had to move to Dubai to take care of his three siblings. The reason behind shifting to Dubai is he was offered four times more than that he was earning in India.

5 5. Vijay met his ladylone in Dubai

While staying in Dubai, Vijay met a woman named Jessie and they two dated before getting married in 2003.

Before begging a lead role in movies, Vijay played a small role in TV serials or short films. The names of short films are Thuru, Maa Thavam, Kadhalithu Paar, The Angel and more.

After returning to Indian in 2003, he joined a marketing company that dealt with readymade kitchens when he saw Koothupattarai’s poster. He recalled director Balu Mahendra remarking that he had a “very photogenic face”, and motivated him to pursue career in acting.

In his 10-year acting career, Vijay has worked in over 25 movies as a lead actor. Besides acting, he also produced three movies namely Orange Mittai, Junga and Merku Thodarchi Malai.

That’s all every Vijay Sethupathi fans must know about the actor. Yes, his journey from doing odd jobs to becoming a Tamil superstar is surely an inspiring.

We wish him a Very Happy Birthday!