Vijay Deverakonda To Mark His Bollywood Debut With Abhishek Kapoor’s Next?

According To The Latest Reports, 'Arjun Reddy' Fame, Vijay Deverakonda To Mark His Bollywood Debut With Abhishek Kapoor's Next Film 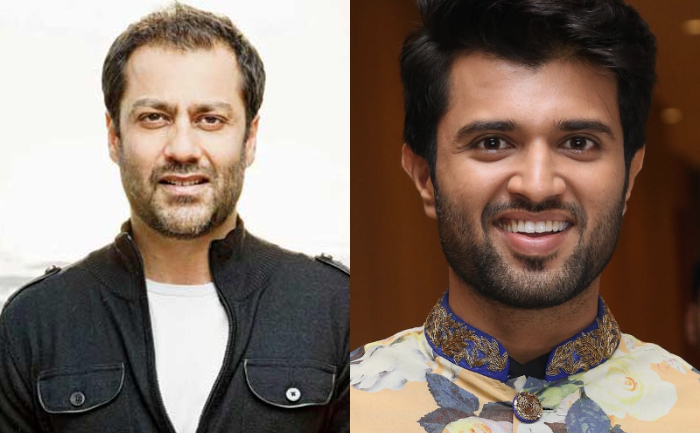 South actor, Vijay Deverakonda has a great fan following all across the country and all credits to his recent films that worked well at the box-office. The ‘Arjun Reddy’ fame has been making headlines for his big Bollywood debut, however, he has not shared any details as of yet officially. We have got out hands on the reports, which states that the actor to make his Hindi film debut with Abhishek Kapoor’s film based on the Balakot Air Strike.

Last year, Abhishek Kapoor had announced that he would be joining hands with producers, Sanjay Leela Bhansali and Bhushan Kumar to make a film set in the backdrop of Balakot Air Strike. According to a latest report by Pinkvilla, the makers have now finalised Vijay Deverakonda for male lead. Talking about the same, a source informed them, “The untitled project on Balakot Air Strike will mostly be South superstar Vijay Deverakonda’s big Bollywood debut. While his next film Fighter will be dubbed in Hindi and given a pan-India release, Abhishek’s directorial will be his full-fledged Hindi feature. He will play the role of Wing Commander and national hero Abhinandan Varthaman who was kept captive in Pakistan for 60 hours following the India-Pakistan standoff. The film will trace the Pulwama attack, the air strike and Abhinandan’s time in captivity in the neighbouring country and his return to India.”

The actor is said to have shown his interest in doing this film, however, he is yet to sign the dotted lines. It is believed that Abhishek Kapoor might finish his current project and then start working on the next one. He is currently busy with Ayushmann Khurrana and Vaani Kapoor starrer untitled project, which is considered to be one of the ambitious project for him for its ‘lovely, heart rendering plot’.