Virat Kohli And Anushka Sharma Have Welcomed Baby Girl To Their Family Today. Here We Take A Look At Their Lovely Journey From Meeting For The First Time During Ad Shooting To Now Becoming Parents 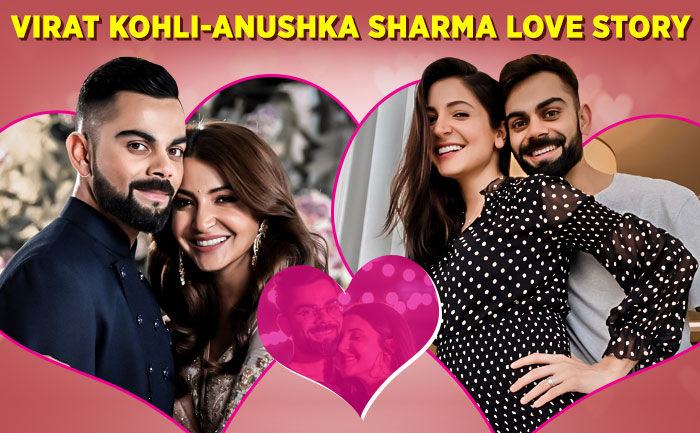 The star couple of Bollywood, Virat Kohli and Anushka Sharma have welcomed a baby girl to their family. He made the announcement through his social media handles and revealed that the newly born and the mother both are healthy.  Ever since they announced of the pregnancy news, they were seen shelling major couple goals for all of us. From celebrating New Years together to going on lunch dates and spending evenings together, they have done it all. As the couple have embraced parenthood today, here we take a look at their journey from being strangers to becoming the idol couple.

Apparently, Virat Kohli and Anushka Sharma met each other for the first time on the sets of their shampoo commercial, in 2013. During one of the talk shows with Graham Bensinger, the handsome hunk recalled that he was quite nervous and jittery when he met her for the first time. He also recalled that she appeared on sets wearing high heels, which made her look taller than him. To break the ice, he had tell ask if she couldn’t find more taller heels. In no time, this shampoo ad went viral and they started enjoying a separate fan base for their onscreen chemistry. 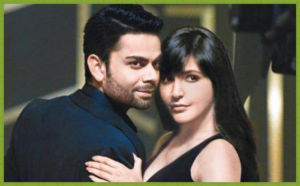 After they shared the screen space for the first time together in the ad commercials, they started making quite a buzz over their mesmerizing chemistry. Soon, their fans started speculating that they were having special feelings for each other, however, the two them remained numb and avoided the media glare for several months.

Amidst all sort of speculations about their relationship, the couple started making public appearances together during 2014-15. Today, we all know that Virat Kohli never shy’s out from expressing his feelings for his lady love. He had stunned everyone when he gave the flying kiss to Anushka for the first time from the cricket field. The couple was at the Trent Bridge Stadium (England), when he was leading Team India. After he scored 23rd century, he was seen doing the lovely gesture for his lady love.

Standing Strong For Each Other

Virat Kohli and Anushka Sharma are undoubtedly just made for each other couple. Both of them are quite supportive of their professions. While he manages to make some time to attend her movie screenings, she on the other side makes sure to attend his important matches. To compliment her for her screen performances and to promoting her projects, he often shares posts on social media.

Just watched #NH10 and i am blown away. What a brilliant film and specially an outstanding performance by my love @AnushkaSharma. SO PROUD:)

Virat Kohli and Anushka Sharma surprised everyone after they posted pictures from their secret wedding. After staying away from the negative limelight, they finally got hitched on December 11, 2017. They tied the knot as per Hindu wedding ceremony at the Borgo Finocchieto in Italy. The couple appeared graceful in their pastel colored wedding ensembles, which were designed by Sabyasachi Mukherjee. Their grand wedding is hailed as fairy tales affair. They hosted grand wedding reception for their industry friends in Mumbai and Delhi respectively.

Virat Kohli and Anushka Sharma have become the idol couple of the town, soon after they tied the knot. From fasting for each other on Karwa Chauth to celebrating Indian festivals such as Diwali together, they have done it all. Every year they also post pictures from their Valentines Day celebrations.

The ones who fast together laugh together ❤️😃. Happy karvachauth 😇 pic.twitter.com/7KQXp0Jkcc

After being married for four years now, Virat Kohli and Anushka Sharma have welcomed a baby girl to their family. The couple had announced the pregnancy news during the pandemic Coronavirus lockdown. They ruled the social media trends just for the pregnancy announcement. Today, he took to his Instagram handle and shared a cryptic post revealed about welcoming their first child. Alongside the post, he also requested netizens to respect their privacy.

We the team of The Live Mirror congratulate the couple for embracing parenthood.