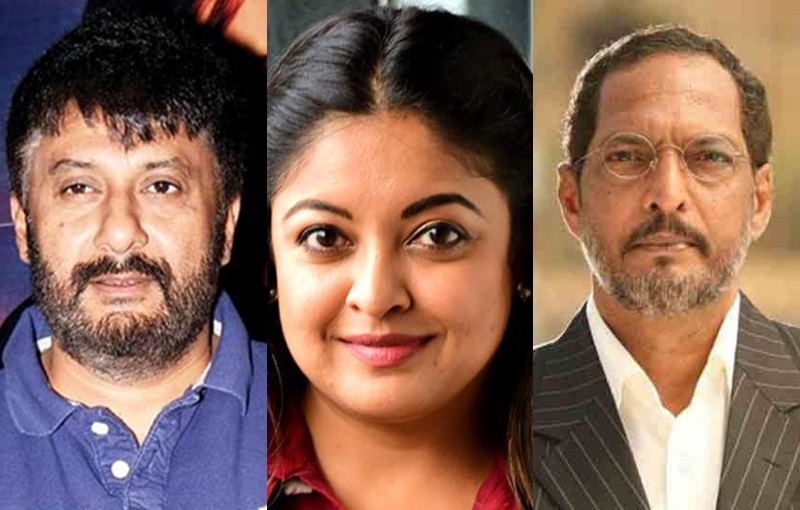 Actress Tanushree Dutta’s allegations have become the talk of Bollywood. After Nana Patekar, Tanushree Dutta reveals that while filming 2005’s Chocolate – one of her best known screen appearances – she was allegedly told by the director to ‘take her clothes off and dance’ off camera in order to provide her co-star Irrfan Khan with ‘cues.’ Although she didn’t name him, but it’s clear because the film was helmed by Vivek Agnihotri. Vivek recently made headlines for distasteful remarks and tangled publicly with actress Swara Bhasker, about whom he posted offensive and abusive tweets.

A good thing about this allegation is that Irrfan Khan and Suneil Shetty intervened in this matter.  She furthur added, “The male actor had to shoot back at the director saying, ‘I don’t need her to take off her coat and dance for me to give facial expressions. This was Irrfan Khan. I really appreciated that he actually spoke up like that because it was his close-up shot. I’m not in the frame. He had to look at me and give some expressions. Why do I have to dance in front of him for him to give expressions on his close-up shot. This director tells me…. I was shocked!”

“The actor was horrified. And, because he had done some work, he could say something. He just told the director, ‘What are you talking about? I can give my close-up. Mujhe acting aati hai‘. Suneil Shetty also spoke up. He was also there, he heard it and he got offended by it. He was like, ‘Main aayun kya wahaan cues dene ke liye?’ Yeah of course, there are good people in the industry. Both, Irrfan Khan and Suniel Shetty spoke up. Suniel scolded that guy,” Dutta told the daily.

While actors like Amitabh Bachchan, Aamir Khan have not said anything, many others like Twinkle Khanna, Farhan Akhtar, Sonam Kapoor and more have come out in support.

Also read: Bollywood comes out in support of Tanushree Dutta