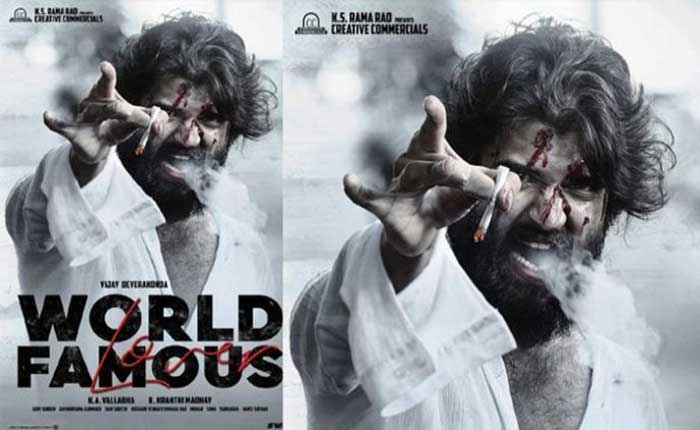 World Famous Lover is arguably one of the much awaited Telugu movies of 2020. Vijay Deverakonda’s upcoming film is written and directed by Kranthi Madhav. In this article, we will talk about everything such as Trailer, Teaser, Release Date, Cast and first look.

The entire cast of World Famous Lover is finally out. The Dear Comrade actor has been unveiling the posters of each cast. As of now, Vijay Deverakonda has unleashed the first look of Aishwarya Rajesh, Cheria alias Isabelle, Smita Madam alika Katherine and Yamini alias Rashi Khanna.

As soon as the makers of World Famous Lover unveiled first poster of the cast, it has created a lot of excitement among fans and people are desperately waiting to watch its teaser and trailer.

As we mentioned above, Vijay Deverakonda’s upcoming film World Famous Lover will have four heroines in the lead and Vijay will be seen as a boy-next door. The team of WFL have finally declared the look of all the four heroines alongside Vijay and their their relationship with him at regular intervals.

After sharing Raashi’s look, Vijay introduced film’s second-leading lady, Izabelle Leite as Iza. You can check out his look below.

After unleashing three leading actresses, Vijay has finally introduced the last and final heroines of World Famous Lover, and it is none other than Aishwaraya Rajesh. You can check out her look below.

When Will the trailer of World Famous Lover be out?

The title of Vijay’s film was unveiled on 17 September 2019 while the first look of the film was dropped on 20 September. Produced by K. A. Vallabha under the banner of Creative Commercials, the film is slated for a release on Valentine’s Day next year (2020).