Aamir Khan's son, Junaid surprised netizens with his commendable transformation. He was spotted with his father and sister Ira Khan in town today Aamir Khan’s elder son, Junaid has been prepping for his Bollywood debut. He is doing a film titled, Maharaja which is being helmed by Sidharth P Malhotra. It’s clear that he has undergone a massive transformation. He made a splash in the town today with his father and sister, Ira Khan. His pictures are going viral on the internet as netizens are shocked to see his commendable transformation. Alongside losing a few kilos literally, he was seen sporting a different look(probably it’s his look from the upcoming movie). His then and now pictures are sure to give you major fitness goals.

Ever since Ira Khan dropped the hints about Junaid’s acting debut, Aamir Khan’s fans have been eagerly waiting for updates about Junaid’s first movie. Today the Khan siblings were spotted stepping out of a restaurant in Mumbai with their father. Junaid’s surprising body transformation has got people talking already. Here below are the latest pictures:

Now check out his old pictures: 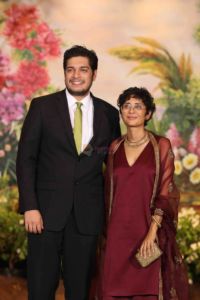 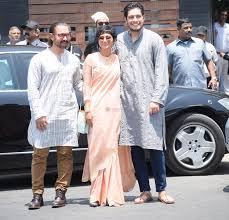 Prince Harry, Meghan Markle interview: Here’s how you can watch it

Bank Employees To Be On Nationwide Strike On March 15-16