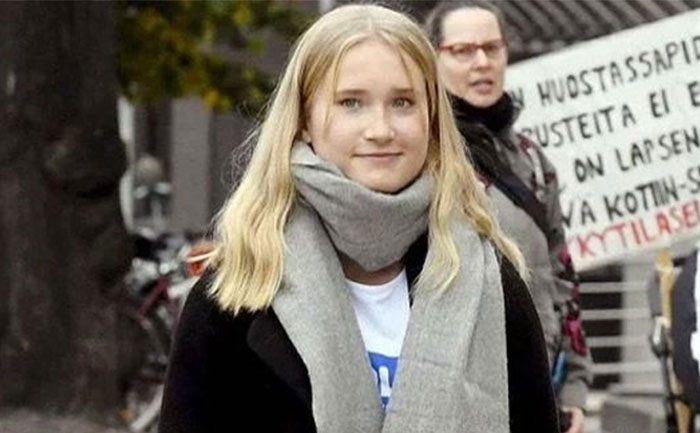 Aava Murto a 16-year old social media campaigner took on the role of Finland’s Prime Minister Sanna Marin for one day. The Finnish PM handed her power to a 16-year-old girl as apart of a campaign to promote girls’ rights in the country, reported AFP.

The swap is part of a global “Girls Takeover” campaign by children’s rights charity Plan International. It aims to raise awareness of girls’ digital skills and opportunities in technological industries. It also highlights the problem of online harassment against women. The swap comes ahead of the UN Girls Day on October 11.

Prime Minister’s seat has for one day been occupied by 16-year-old Aava Murto.

Murto wants to focus on opportunities for the most vulnerable girls to benefit from technology.

In the #girlstakeover by @PlanGlobal girls around the world step into the shoes of leaders. pic.twitter.com/EWZK8rEgXb

The teenager, Aava Murto who hails from Vaasky in southern Finland, said she was having an “exciting day”. Aava is an active campaigner on issues relating to climate changes and human rights. On Wednesday, she also spoke to several MPs regarding development and foreign trade.

Not only Finland the Take Over will also allow girls to take on the jobs of ministers in Kenya, Peru, Sudan, and Vietnam.

Senior jobs at Microsoft, Samsung, Facebook, and Twitter will go to teenage girls in countries including El Salvador, Guatemala, the Netherlands, and the Philippines.