Keerthy Suresh to portray the role of Sita in Prabhas and Saif Ali Khan's upcoming mythological film, Adipurush, as per the latest reports 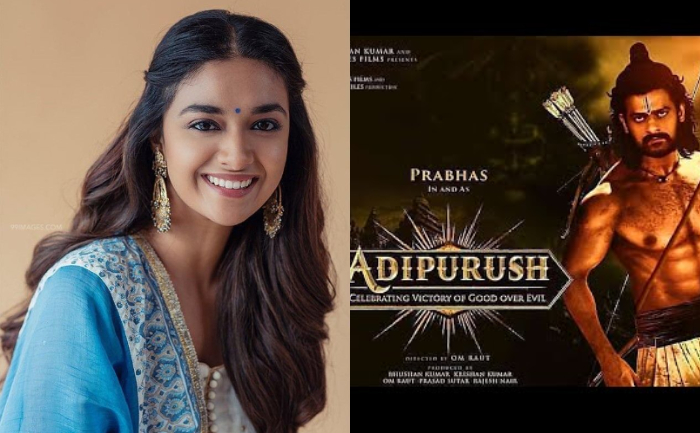 Prabhas and Saif Ali Khan starrer mythological drama, Adipurush is one of the most talked-about films for the last few months. It is hailed as an extravaganza project because the makers are apparently planning to execute it on a huge platform.  While there is no official confirmation on the casting part, we hear that South actress, Keerthy Suresh has bagged the role of Sita and she would be seen pairing with Prabhas. Earlier there were actresses in the producer’s lense. However the National award-winning actress, Keerthy has been locked in for the leading lady’s role, states the latest reports.

Kriti Sanon was earlier making headlines for being a part of this film and it was speculated that she would portray Sita’s role. But Keerthy Suresh who is currently busy shooting for Mahesh Babu starrer Sarkaru Wari Pata has been locked, according to the latest reports. She also might kickstart shooting for this one after she wraps up her current projects. Another name that we hear to be a part of the film is Sunny Singh, the Sonu Ki Titu Ki Sweety fame. The makers are yet to issue an official confirmation on bringing these actors on board.

Do you think Keerthy Suresh would do justice to Sita’s role in Adipurush? Are you excited about this film? Do let us know. The film is being helmed by Om Raut, whose previous directorial, Tanhaji was a box-office hit.