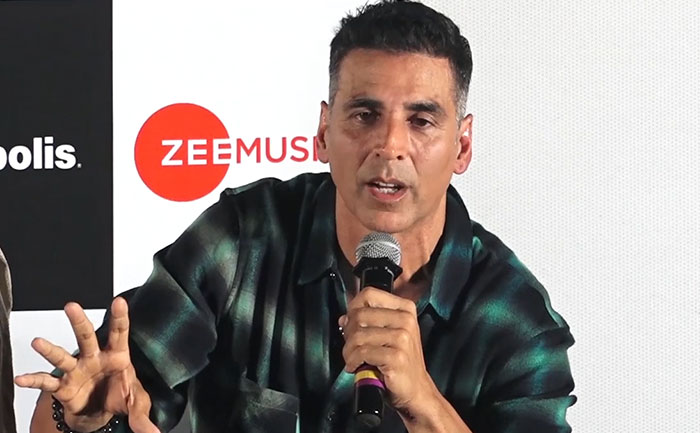 Akshay Kumar has recently made a donation of Rs 1 crore each towards the Assam Chief Minister’s Relief Fund and for rescue operations in Kaziranga National Park, as continuous rainfall has created chaos and destruction in the state.

At the trailer launch of Akshay’s upcoming film Mission Mangal, a reporter asked Akshay that he cares about animals as much as he did of humans.

Akshay further said that he just did not want to tweet and show his solidarity but he actually wanted to contribute and help in whatever manner he could. He also urged the reporters and media people to contribute rather than just tweeting and showing grief.

Professionally, Akshay Kumar is all ready for the release of Mission Mangal, which tells the story of the Mars Orbiter Mission, the country’s first interplanetary mission. The film, which also features Vidya Balan, Taapsee Pannu, Sonakshi Sinha, Sharman Joshi, Kirti Kulhari and Nithya Menen, will release on August 15.