CONFIRMED: Alia Bhatt And Ajay Devgn To Be Seen In SS Rajamouli’s RRR 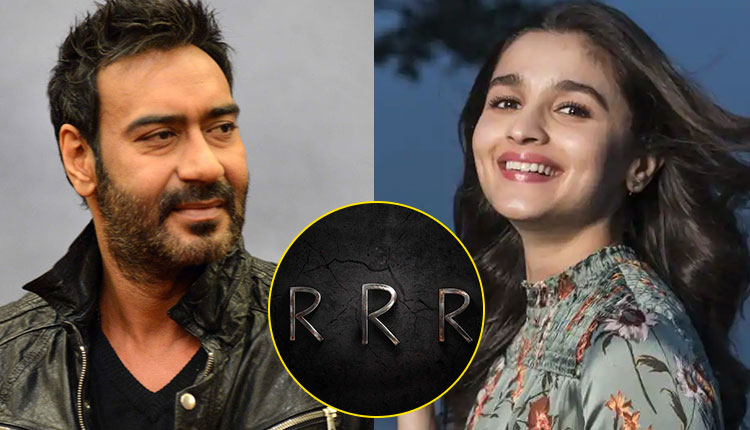 Revealing the story of ‘RRR’, Rajamouli said that it is a fictional story which has been set in the backdrop in 1920s pre-independent era. Adding on he said it will be based on a few years in the lives of two freedom fighters namely Alluri Sitarama Raju and Komaram Bheem. The role of Komaram Bheem will be essayed by Jr NTR and Ram Charan will be seen as Alluri Sitharama Raju.

“This will be a fictional story on the lives of Alluri Sitarama Raju and Komaram Bheem. There are gaps in the lives of these legendary freedom fighters that we don’t know about. We don’t know what happened in their lives in these years. It is through this fictional story we’d like to show what could have happened in their lives and what would have happened if they met and bonded,” Rajamouli said.

Today I feel truly truly grateful.. Cannot wait to begin this beautiful journey with this stellar cast and massive team.. thank you @ssrajamouli sir for giving me this opportunity to be directed by you.. 💃💃💃💃 #RRRPressMeet https://t.co/4LylrkDBr5

Taking to social media, Alia Bhatt wrote on Twitter, “Today I feel truly truly grateful.. Cannot wait to begin this beautiful journey with this stellar cast and massive team.. thank you @ssrajamouli sir for giving me this opportunity to be directed by you.. 💃💃💃💃 #RRRPressMeet

“I’m really glad both of them instantly agreed to be part of this project. When I sent Ajay a text that I would like to meet and pitch an idea, he immediately made time to meet. He got really excited after hearing the idea and instantly worked out his dates for this project. Ajay will be seen playing a very important role in the flashback episode,” Rajamouli added.

Talking about ‘Raazi’ actress, he said, “I remember meeting Alia in airport and shared the idea. She excitedly said that she would love to be part of the project and play any role. International actor Daisy Edgar Jones has been paired with Tarak.”.

The producer of ‘RRR’, DVV Danayya at the press meet confirmed that the film will hit the theatres on 30 July 2020 in almost 10 languages.