Alia Bhatt shared a new vlog her YouTube channel from her Africa trip with beau Ranbir Kapoor. Check out the video. 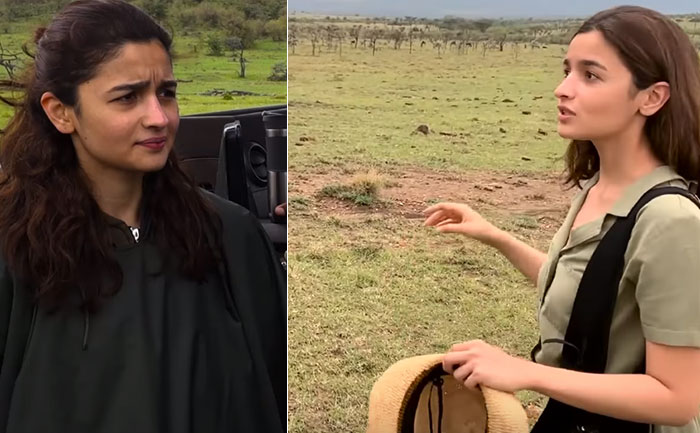 Actress Alia Bhatt was recently on a vacay with beau Ranbir Kapoor in South Africa. She had been sharing some stunning pictures from her stay there. Today the ‘Raazi’ star took to her YouTube channel and shared a video of her African Safari that will leave you green with envy.

Alia Bhatt shared a video on her Youtube channel, ‘AliaBe’ from her African trip with beau Ranbir Kapoor. Check out the video here:

In the video we can see Alia enjoying the local cuisine, interacting with the locals, teaching the locals Hindi and also learning a few words from one of the local language, Swahili. She also introduced her chef and the others who have been helping to make her stay memorable.

She also has advice for her fans who opt for an African safari. She said, “Even if you spot a lion or a buffalo, just try to stand completely still, they’ll walk away. If you run, they’ll chase you.”

Alia Bhatt has also won the Best Actress award at the recently concluded IIFA Awards that was held in Mumbai recently.

On the work front, Alia will be seen next in Ayan Mukerji’s ‘Brahmastra’ the movie has her sharing screen space with beau Ranbir Kapoor. The movie also features Amitabh Bachchan and Mouni Roy in pivotal roles. Next is,  Karan Johar’s ‘Takht,’ SS Rajamouli’s ‘RRR’ co-starring Jr NTR and Ram Charan and Mahesh Bhatt’s ‘Sadak 2.’