Apple Airpods Vs Samsung Galaxy Buds – Which Is The Best Wireless Earbud? 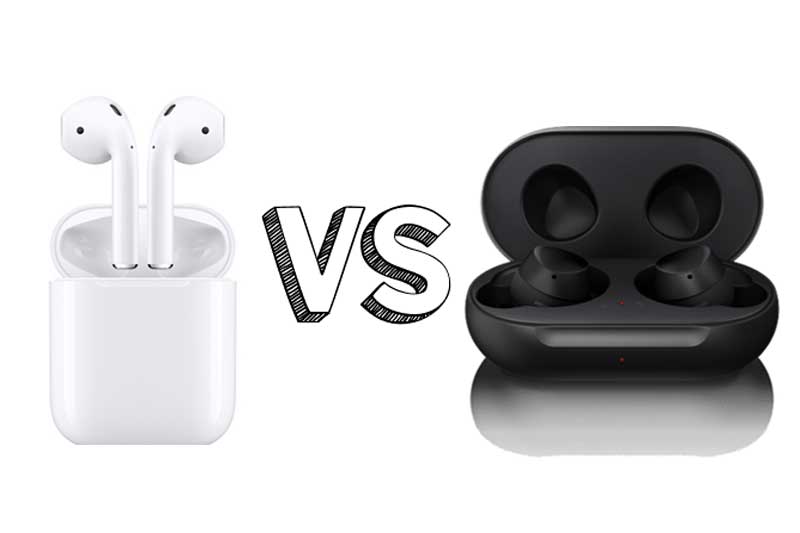 Apple Airpods was the most viral earbuds after launch, stepping into the same shoes Samsung recently unfolded Galaxy Buds the first ever product line of Samsung’s wireless earbuds. If you are confused about what to pick between two then comparing Apple Airpods Vs Samsung Galaxy Buds will give a clear overview of the difference between both and will help you to buy the best. Both works on Bluetooth connectivity, it can be paired with iOS or Android, so there is no restriction on using them.

In terms of design, Apple Airpods is having a stem below with headset on the top while Galaxy Buds are completely different with a big butt on the back that has touch buttons and the tiny drivers towards the end that fits inside your ear. A major difference between both earbuds is the tech used in, Apple Airpods stands highly advance due to its custom-designed Apple W1 chip that manages the battery life and non-stop performance for 5 hours. The case requires a lightning cable for charging.

Apple Airpod outsmarts Galaxy Buds in terms of battery life, a whooping +24hrs of battery back with the case is just more than enough while you are traveling. But it does not come with wireless charging feature, it is rumored that Apple will also add a different edition of Airpod Charging case with similar Powershare feature. Samsung Galaxy Buds are cheaper and come in multi-colors along with wireless power sharing.

Microsoft Launched Holo Lens 2 With 2K Reality For Every Eye