Ariana Grande Breaks Down At Concert In Mac Miller's Hometown 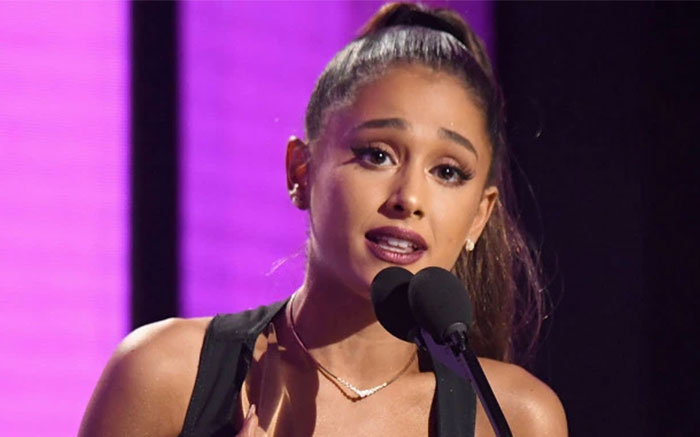 Ariana Grande — who is immensely popular among youth around the world — has broken down in tears on multiple times as she performed in the hometown of her ex-boyfriend, the late rapper Mac Miller. Notably, Mac Miller died in September last year from mixed drug toxicity after consuming fentanyl, cocaine and alcohol.

A video of Ariana getting choked up while singing the song Thank U, Next has gone viral on social media. It is to be noted that song is dedicated to Love Me Harder singer’s ex-boyfriends including Miller. The world’s leading contemporary recording artists also played Miller’s music on the speakers to pay him tribute.

According to the people who attended the concert, before Ariana reached the stage, she filled the arena with recordings of some of Miller’s greatest hits.

do u hear my heart breaking????
i’m so proud of her for actually doing the show, it was obviously a lot for here 🥺🖤 I LOVE U ARIANA GRANDE pic.twitter.com/kzmh2b6hBH

This concert was beyond Amazing, @arianagrande is a true talent. We definitely heard her tribute to @macmiller right here….. Pittsburgh Loves you!!! #arianagrande #arianagrandepittsburgh #ThankYouNext @ang_329 🖤💛🖤💛

Grande has received various accolades, including one Grammy Award, one Brit Award, two Billboard Music Awards, and three American Music Awards. She amassed over 25 billion streams on streaming platforms like YouTube, Spotify and Apple Music and is the most listened solo female on the latter two.

The beautiful singer is also one of the most followed celebrities around the world. Time named Grande as one of the 100 most influential people in the world in 2016 and 2019, and Billboard recognized her as the “Woman of the Year” in 2018.