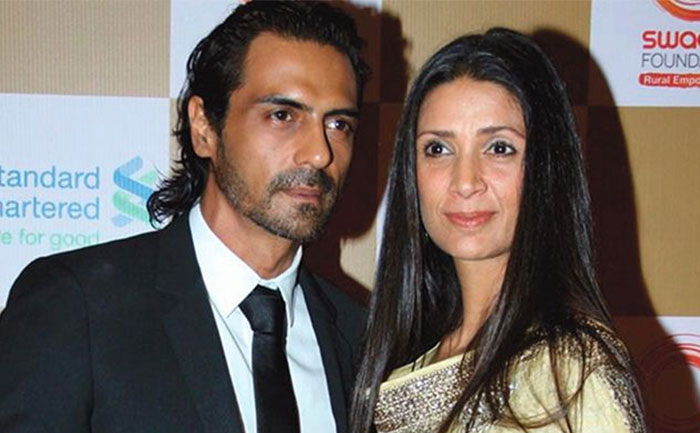 After 21-year of their marriage, Bollywood actor Arjun Rampal and his ex-wife Mehr Jesia are legally separated now. The celebrity couple had disclosed their separation in May, last year.

As per a report in Mumbai Mirror, “A family court in Bandra granted them divorce by mutual consent on Tuesday. Principal Judge Shailaja Sawant granted the couple divorce under the Special Marriage Act.”

Further talking about the Bandra court said, “After a petition for divorce by mutual consent is filed, their plea is scrutinized, registered and then, the couple is referred to a marriage counselor to attempt a reconciliation. If that fails, the couple is given six more months to work things out. Six months later, if they are resolute in their decision to part ways and have complied with the terms of divorce mutually agreed to between them, a court draws up a decree of divorce.”

Arjun and Mehr got married in 1998 and the couple has two daughters named Mahikaa and Myra. Mehr Jesia won the custody of their two daughters and they will inhabit in their duplex in Bandra.

Arjun Rampal is currently dating a South African model Gabriella Demetriades. The couple welcomed their son earlier this year on July 18, 2019, whom they named Arik.

On the work front, Rampal was last seen in J.P. Dutta’s Paltan where he played the role of Lt. Col. Rai Singh Yadav.

ALSO READ: Kriti Kharbanda: “No, They Are Not Rumours. I Am Dating Pulkit Samrat.”