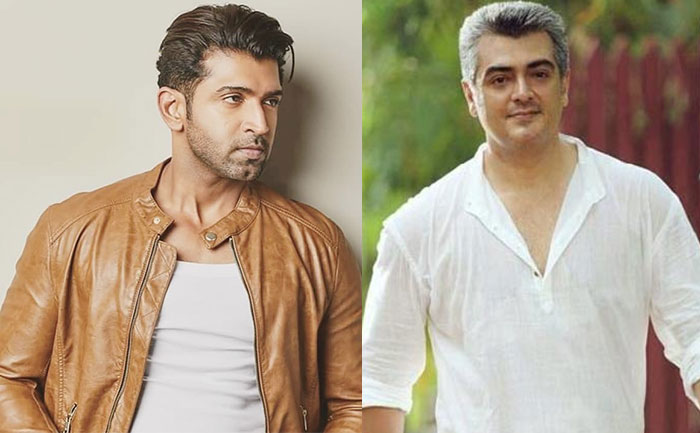 Ajith Kumar’s film Nerkonda Paarvai has finally hit the theatres on 8th August and it has been receiving a good response at the box office. Now, the latest report is doing the rounds that Arun Vijay will play the antagonist in Ajith upcoming film Thala 60 aka AK60.

If the rumours turn true, this would the second time when Ajith and Arun Vijay will be seen sharing the screen together. Yes, earlier they have worked in Yennai Arindaal, an action film released in 2015. In Gautham Menon’s directorial, Yennai Aindhaal, Ajith played the lead role.

Ajith’s upcoming film AK60 will be directed by H Vonoth, the film is likely to be an action-packed storyline with high octane stunts. It is touted to be one of the most expensive films of Tamil Cinema. Earlier there were reports making rounds social media that Janhvi Kapoor would make her Tamil debut alongside Ajith in this film.

If the report is to be believed, AR Rahman would be composing music for AK60.  The film is said to entirely different from Nerkonda Paarvai.

Notably, Ajith is likely to lose a few kilos to look perfect in the action film. Producer of the film Boney Kapoor had also revealed that the film will capitalise on the actor’s passion for racing. Thala 60 is expected to be shot in locations like Budapest, South Africa, and the Middle East.