Is SRK’s Son Aryan Khan Dating a Blogger From London? Details Inside 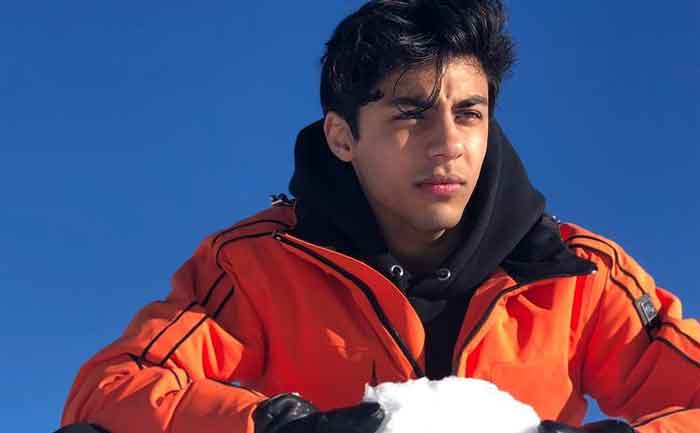 Bollywood superstar Shah Rukh Khan and his elder son have been making headlines for lending their voices to the character of Mufasa and Simba respectively in the Hindi version of Hollywood film, The Lion King. The Zero actor was recently spotted in the Maldives along with his children, Aryan Khan, Suhana Khan and AbRam Khan. We all know that it is difficult for star kids to live their personal life as they can hardly get to hide from paparazzi.

As per the latest report in Mumbai Mirror, Aryan Khan — who studies in London — is currently dating a blogger in London. They have been together for a few months. The leading tabloid also mentioned that her beautiful mom Gauri Khan has met her and given her approval. The report described Aryan Khan’s rumoured girlfriend ‘a Sweet Girl’.

Meanwhile, The Lion King for whom Aryan and Shah Rukh dubbed for the character of Simba and Mufasa will hit the theatres today in India. Speaking about the lending his voice along with Aryan, SRK had earlier told the news agency, “For me, the experience of dubbing with Aryan is very personal. I got time to spend with him professionally. I am a professional actor and I have to do this, but my family has never really been associated with the work I do.”

An ace filmmaker Karan Johar is very very excited for Aryan’s Bollywood debut. In an interview, KJo had said, “Aryan is my godchild. Currently, he is in Los Angeles and he has four years of university ahead of him. When he comes back, he is going to decide if he wants to be in the movies. And if he does, of course, I will be a big part of it as a director or just as a guiding support. For me, Aryan being launched is like my son being launched. I will be this hyper relative breathing down his neck.”

US navy shoots down Iranian drone in Strait of Hormuz